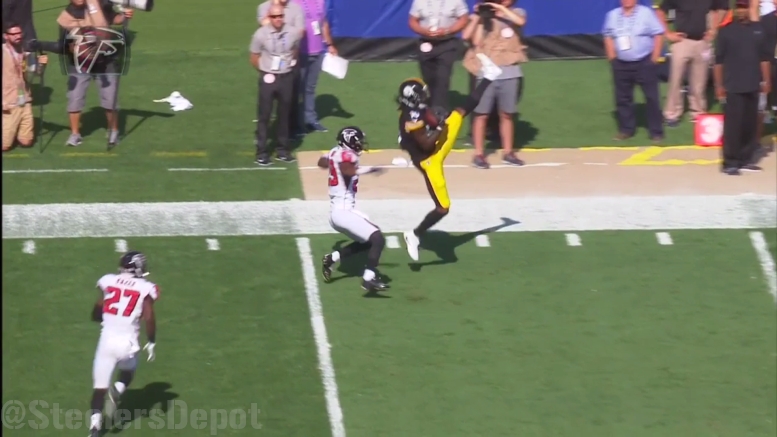 I was going to reserve this space to defend the Pittsburgh Steelers’ decision to draft a long snapper this year, but I won’t. Perhaps I’ll save that for tomorrow. Before it becomes too much of old news, however, I wanted to comment on and clarify some things about the situation with wide receiver Martavis Bryant.

While there has been some confusion of late, I have been clear throughout my writing during the offseason that the previously-embattled wide receivers’ road to complete, full reinstatement was one that is going to last into the regular season, but that at this point it is a process that is largely rote.

Back in late April, I wrote an article detailing the ‘conditional’ aspect of Bryant’s conditional reinstatement that he received at the time. I laid things out—as they have since unfolded—back then, so I will simply quote what I wrote at the time:

At the moment, Bryant’s conditional reinstatement allows him to rejoin his teammates at the team’s facility and to participate in conditioning workouts and things of that nature. Fortunately, that is the only thing that happens during Phase One of the offseason program, because he would not be permitted to participate in formal football practice right now.

You may have read a week or so ago that the league wanted Bryant to have a ‘relapse plan’. That is still what they are looking for. They are requiring that he find a treating clinician with which he will consult over the course of the season. They also want him to plan for his bye week.

After he fulfills these obligations, he will be able to participate in practices and in preseason games. After that period, the league will evaluate and then will have to approve the plan that he has put together in order to participate in the regular season.

From there, Bryant will be subject to frequent drug testing, naturally, and at some point during the season, he will be evaluated a final time—likely following the bye week I would assume—in order to receive “full” reinstatement.

Only at that point will he be finally and fully free from this current suspension process, even though he will remain at an elevated stage of the league’s drug program, any lapse of which will result in a harsher punishment that could elevate to a banishment at its peak discipline.

As you can gather, we are quite far along in the process, and there really should not be any clerical hang-ups at this point provided that Bryant has sincerely made the changes that he has indicated. All that he simply must do is comply with his drug tests and carry out his relapse plan.

The difference at this point between his current reinstatement and his eventual full reinstatement is for all practical purposes largely semantic. He is no longer limited in any way beyond being required to comply with the drug tests and things of that nature.

He is not limited on the practice field or in games. Nothing is hindering him. It’s simply a matter of time. And if he is actually the person he says he is now, then it really doesn’t make a difference. If he is, there will be no issue. If he is not, and he relapses, then he would be in the same trouble anyway.