Turn out the lights, the party’s over. Ross Cockrell is no longer a Pittsburgh Steeler. And since I’m admittedly the biggest Cockrell apologist on this site, heck, in the world, it’s my duty to say a proper goodbye. In his honor, I’m growing my hair like his and buying every Bob Ross painting I can find.

For real though. Cockrell became the whipping boy for every corner of Facebook during training camp after yes, a poor preseason. And the writing was on the wall, even for someone like me, proud owner of a Ross Cockrell fathead, was clear following the Joe Haden pickup. Cockrell was a starter or bust. No versatility, not enough physicality to be a dependable special teamer. His hair wasn’t on fire. It was lukewarm. At best.

And so the Steelers whisked him away for whatever they could get, shipping him to the New York Giants. Despite how south things went at the end, signing Cockrell was unquestionably a good decision. From the standpoint of there was nothing invested in him, inking him at the end of camp in 2015. So I mean, duh, it’s hard to get upset at moves like that.

Even beyond that, strictly the on-field product, it was still a good move. Cockrell provided a use, served his purpose. He entered a Steelers’ cornerback room in shambles. These were the corners on the roster to start that year.

Fear Factor challenges are less nauseating than that dumpster fire. Four of those six are essentially out of the league. Boykin has yet to meet an injured reserve spot he doesn’t like, Blake changed names, teams, and then bolted on New York, Grant’s been cut (again), and there are Kmart investors who have witnessed better returns than the Steelers got with Allen.

Only two rose from the ashes – Gay and Cockrell. It’s no surprise Cockrell cracked the starting lineup almost immediately despite being signed so late. By Week 2, he saw serious playtime and soon after became a starter. It was a successful season, picking off two passes, including a crucial INT against the Baltimore Ravens. In the Wild Card game versus Cincinnati, it was Cockrell who recovered Ryan Shazier’s forced fumble, bringing the Steelers from the depths of despair to go on and win the game.

“Since last season, he’s done nothing but continue to move upward and onward from that,” Tomlin said in August of last year, reflecting on Cockrell’s 2015 performance. “He’s good above the neck, he’s worked hard in terms of conditioning his body, improving his body, getting ready to absorb the number of snaps he potentially could absorb.”

It was clear he was never going to be a shutdown corner or long-term answer. But his game improved, taking a jump in his physicality and tackling ability/run support from his first year to 2016. He showed toughness and work ethic when most didn’t notice.

I always point to this open field tackle in the second quarter against the Ravens last year. One that may have saved a touchdown, definitely saved a long gain. Cockrell was hurt pretty bad the play prior but gutted it out, not making a pretty tackle but a tackle all the same.

Defining play Cockrell had. Open field tackle Wk 16 vs BAL, one play after injuring arm. Not pretty but this was huge. pic.twitter.com/3ITJtARtqh

Or in camp, always putting in some extra agility work before practice began.

Cockrell was dependable last year, not missing time, and helped shut down A.J. Green in Week Two. Two catches, 38 yards. That was it and a critical reason why the Steelers walked away with the victory. Games that are easy to forget now but in the moment, were under the microscope.

His role was never to be *the* answer. He was, appropriate for Pittsburgh given they’re known for them, the bridge between that 2015 ugliness to what the Steelers have now, a far more competent group. He let the Steelers’ defense stay competitive, even if he or the unit never flourished.

Good luck in the Big Apple. I’ll pour out my paint can for ya. 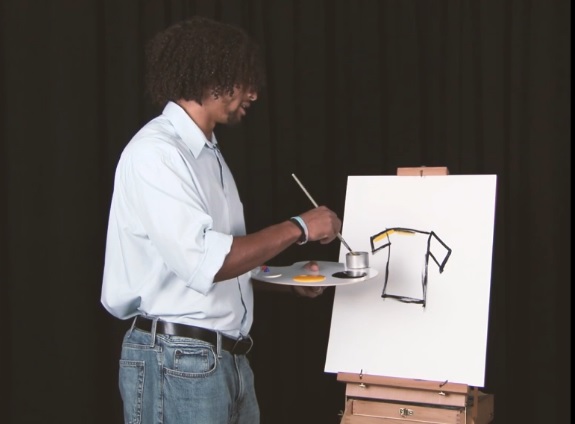