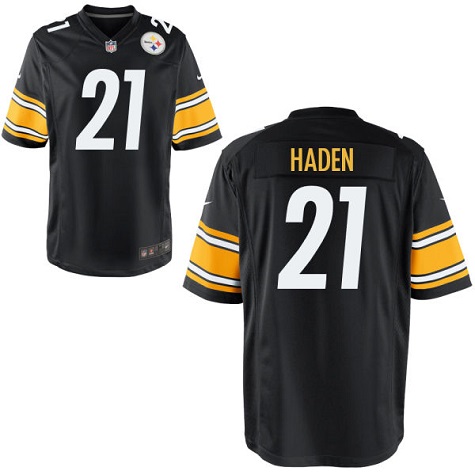 According to Ed Bouchette of the Pittsburgh Post-Gazette, Haden, who the Steelers signed to a three-year, $27 million contract last week, will wear No. 21 after purchasing it from safety Robert Golden for an unspecified amount of money.

Steelers CB Joe Haden will wear No. 21. He paid S Robert Golden an unspecified amount to give it up. Golden takes No. 20 of Cam Sutton (IR)

During his first seven years in the NFL with the Cleveland Browns, Haden wore No. 23. That number, however, is already being worn by Steelers safety Mike Mitchell and apparently he didn’t want to sell it to his new teammate.

Now that Golden has sold his No. 21 to Haden, Bouchette reports that he will wear No. 20, which was worn by Steelers rookie cornerback Cameron Sutton during the preseason. Sutton was placed on the Steelers Reserve/Injured list a few days ago with a hamstring injury and the team is hoping to designate him to return after he sits out the first eight weeks of the regular season.