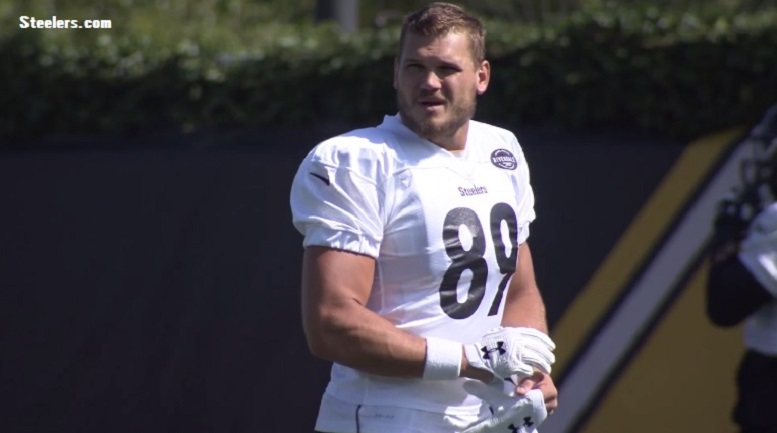 The Pittsburgh Steelers made the bold move a short time ago to make a trade for a tight end in Vance McDonald who has the capability of being a start in the NFL—certainly as much capability as their primary ‘starter’ last season, Jesse James.

But given the limited window with which he has actually had to work with his new teammates, despite quarterback Ben Roethlisberger complimenting him on being a quick study, it will be interesting to see what kind of workload gets thrown his way right out of the gate come Sunday in Cleveland when the regular season kicks off.

Coming from a team with riches at the position, McDonald, a former second-round pick, never really saw a full starter’s workload on a regular basis. In the 11 games in which he played, he saw a total of 443 snaps, only playing more than 50 snaps four times in that span. He had two injury-shortened games in which he played fewer than 20 snaps.

But the Steelers likely added him because they saw in him a player who could be a complete tight end. They envisioned Ladarius Green, another tight end who was not a full-time starter, taking over a similar role a year ago, only to that plan fail spectacularly due to injuries, both before and after he was signed.

That is of course why James played so much last year, but his snap count will inevitably reduce this year provided that the rest of the tight end group remains healthy. How quickly and how steeply he sees his snap count reduced is another question and remains to be seen.

One thing that no doubt intrigues the Steelers is the fact that McDonald has the capability and experience of lining up in a variety of roles. While the comfortable majority of his snaps come lined up at tight end, over 17 percent of his snaps came lined up as a wide receiver, with the majority of those coming out of the slot. He also has some experience lining up out of the backfield.

It is interesting, though, that the 49ers never asked him to pass protect much. He saw just 22 snaps in pass protection last season in 269 total passing snaps, according to Pro Football Focus, meaning, obviously, that he spends the vast majority of his time running routes in passing situations—over 91 percent of the time.