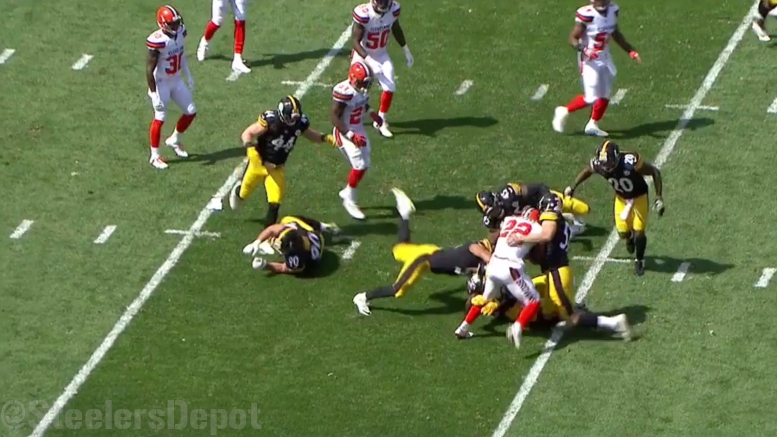 It’s so far, so good, I suppose, for Kameron Canaday, the Pittsburgh Steelers’ first-year long snapper, who beat out their rookie sixth-round draft pick, Colin Holba, for the starting job. The team did not miss any field goals or extra point attempts, and there were no bobbled punts, so he is already off to a better start than he was a year ago.

Last year, as an undrafted rookie, Canaday again won a competition for a long snapping job in Arizona, also replacing a long-time veteran long snapper, as was the situation here with the presumed retirement of Greg Warren. Only he held on to that job for just three games.

In the opening game, the was blamed for a low snap on a field goal attempt that would have potentially been the game-winning score. Two weeks later, his snap resulted in a botched punt that was recovered for a touchdown. He was released quickly after that.

Nothing horrible happened yesterday, though, so that is a step in the right direction, eight snaps in the game without incident. In fact, he even managed to record an assisted tackle, albeit on a long punt return of 25 yards to the 36-yard line.

I frankly confess to being an extreme amateur when it comes to understanding what constitutes a quality long snap. I realize that accuracy, velocity, and consistency are the mainstays here, but exactly where the ball placement should be is less obvious.

It would seem to me though that Canaday’s first snap for a punt was hung a bit short, almost so that Jordan Berry had to wait on it and reach forward to bring it in, but his subsequent snaps in this role looked to be much more crisp and placed higher.

He also seemed to have one snap on an extra point attempt that looked to me to be a bit inside of the holder’s body—that would again be Berry—and the resulting attempt was sent pretty wide within the uprights. I can only speculate that is an indication of a less than ideal process.

Other than those two snaps—which, again, is based on a very amateur evaluation that hasn’t really done any studying about what a good snap for the position is—he did look as though he had a strong showing, and having an assisted tackle on the stat sheet, even one of a cleanup variety, doesn’t particularly hurt.