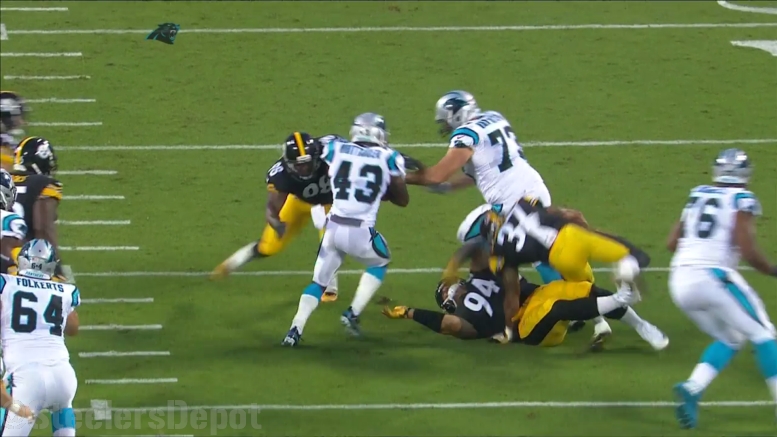 The Pittsburgh Steelers yesterday waived safety Jordan Dangerfield with an injury designation, and from what I’ve gathered, that has many wondering what it means about his future. I made some allusions to his potential future on Twitter yesterday, so I think it would be wise to expound upon what I said to put it into a broader context.

And when he does, his rights are going to revert back to the Steelers, where he will be transferred to the injured reserve list, but that could be a temporary stint. After clearing waivers, the player and the team will open a five-day window in which an injury settlement can be reached.

An injury settlement is designed to take into account the projected length of the player’s injury and what he should be compensated for during his recovery. So say the Steelers’ doctors believe Dangerfield’s injury would take three weeks before he can return to play. The team might work out an injury settlement that pays him for three weeks at an agreed upon salary.

In the above hypothetical, the Steelers would not be able to re-sign Dangerfield until after the sixth game of the season, because the required waiting period would be the duration of the projection in the injury settlement—in this case, three weeks—plus an additional three weeks on top of that.

I mentioned on Twitter that Dangerfield still has practice squad eligibility. As a second-year veteran who has only one season of accrued practice squad years under his belt (in 2015; he spent time on the practice squad in 2014, but not enough to accrue a year), there would be no obstacle in getting him back there.

Of course, when he is healthy, he could also be re-signed to the 53-man roster, but that would require making another roster move somewhere else. Or they could simply intend to carry him on injured reserve for the season, but given that they didn’t simply put him on injured reserve, that is unlikely, since they did have that option after the final cut-down (as they did with Cameron Sutton).

Dangerfield didn’t seem all too happy about the release, which may perhaps suggest that he didn’t feel his injury would keep him out very long. I will say that for those who are wishing to see him back, I would not necessarily give up hope, although it wouldn’t surprise me if he can sign with another team when he is fully healthy.