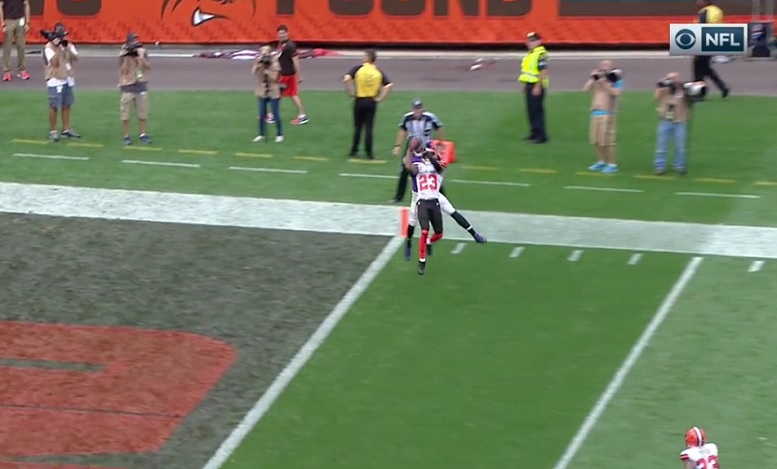 The Pittsburgh Steelers will play the Baltimore Ravens at M&T Bank Stadium on Sunday with the outright AFC North division lead up for grabs. While quite a few of the Steelers starting defensive players haven’t faced the Ravens very many times so far during their careers, cornerback Joe Haden has and he’s had quite a bit of success in the past against Baltimore quarterback Joe Flacco.

Prior to him being signed by the Steelers just ahead of the start of the 2017 regular season, Haden spent his first seven seasons in the NFL with the Cleveland Browns. He’s played in 12 regular season games against the Ravens in those seven seasons and has intercepted Flacco five times in total. Haden, by the way, has 19 career interceptions entering Sunday’s game against the Ravens.

If current Oakland Raiders safety Reggie Nelson is currently considered to be kryptonite for Steelers quarterback Ben Roethlisberger, then Haden is indeed Flacco’s as he has intercepted the Ravens quarterback more than any other player has. Last season, Haden intercepted Flacco three times in the two games the Browns played against the Ravens. You can see all three of those interceptions in the video below of Haden that I put together just after the Steelers signed him.

Entering Sunday’s game against the Ravens the Steelers have managed just two interceptions in their first three regular season games and none were made by a cornerback. Flacco, however, enters the game against the Steelers with four interceptions in his first three games of which two came this past Sunday in the Ravens 44-7 loss in London, England to the Jacksonville Jaguars.

Flacco, who was pulled from that loss to Jaguars at the end of the third quarter, completed just 8 of his 18 total pass attempts for 28 yards before exiting.

During Flacco’s regular season career against the Steelers he’s been intercepted 9 times in total by the Pittsburgh defense in the 17 games he’s played against them and four more times in the playoffs. However, in the 8 regular season games that Flacco has faced the Steelers in Baltimore, he’s only been intercepted four times with his last one coming just last season when cornerback Artie Burns picked off an ill-advised pass.

By the way, Burns and William Gay are the only two Pittsburgh cornerbacks to have ever registered a Flacco interception in games played in Baltimore. Can Haden become the third on Sunday? You have to like his chances.