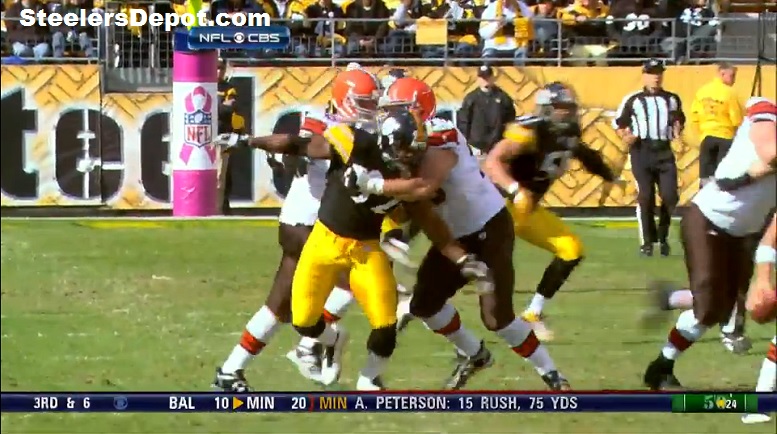 After 10,000 consecutive snaps, the Cleveland Browns’ left tackle, Joe Thomas, is optimistic about the organization’s future, perhaps the most optimistic he has been over the course of his lengthy career. But he’s not sure if he is still going to be around to reap the benefits of the front office’s longitudinal approach to roster building.

Thomas, after all, will be turning 33 in a couple of months during his 11 season in the NFL since being selected with the third-overall pick in the 2007 NFL Draft. He is by far the oldest player on the roster who has spent his entire career with the team, though their punter is also 32.

With Jason McCourty being 30, however, the entire Browns roster has just three players in total that age or older. They have, if not the youngest, certainly one of the youngest rosters in the NFL. 16 players on the 53-man roster are rookies or first-year players, with another 17 in their second year. That’s 33 members of their 53-man roster who had one year of experience or less heading into this season.

So with all the youth on the team, talented as they may be, it may take time for it all to pay out, something that Thomas was asked about recently when he made an appearance on Pro Football Talk Live.

“Well, there’s definitely a concern there”, he said about potentially being gone by the time the Browns are contenders. “Obviously the approach that they’ve taken since Sashi Brown took over as sort of the G.M. and President has sort of been this long-term approach which, as a younger player, which a majority of our team is, they can obviously be really excited about it because we’re in excellent salary cap space”.

The Browns are only a couple of years into this latest regime, having made a number of changes, even all the way to the top of the food chain at the ownership level, but they are giving the appearance that they are now in it for the long haul with the current power structure, including Hue Jackson as head coach.

“We’ve got I don’t know how many guys that can’t even drink a beer that are starting for us on Sunday which is really great for the future”, Thomas said, though technically nobody on the roster is listed under the age of 21, but the point is taken. The Pittsburgh Steelers’ JuJu Smith-Schuster, on the other hand, actually is 20.

“Me as a guy in my eleventh year, the oldest guy on the team by a wide margin, I’m thinking, ‘Well hopefully this comes together sooner than late’”, the All-Pro said. “Because I have a realistic understanding that I’m not gonna play forever. There is gonna be a time where I’m not gonna be around anymore and I wanna make sure that I can still be a member of this team once we do take this team to the playoffs and hopefully on that Super Bowl run”.