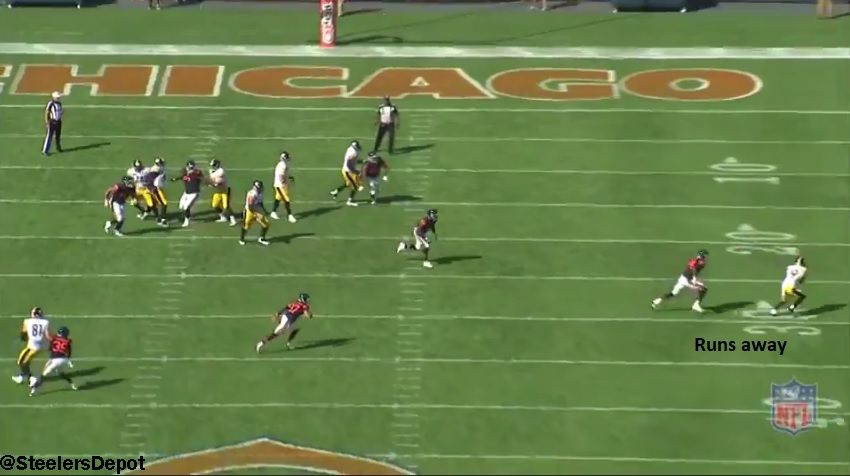 Game notes from the Pittsburgh Steelers Week Three loss to the Chicago Bears.

– Special teams lineups. KR unit. Vance McDonald-Arthur Moats-JJ Wilcox-Anthony Chickillo-LJ Fort as the front five. Robert Golden behind. Nix/Conner/Finney the wedge (Finney for Hubbard since he was starting) with JuJu and Watson the return men.

– Punt coverage team. On the line. Moats-Fort-Canaday-Matakevich-Chickillo. Nix/Davis the wings, Golden the upback. Hilton/DHB the gunners, though as has been the norm, Hilton doesn’t last long on there. Wilcox replaced him as left gunner.

Nix was really good on the punt team. Nearly had a block. Watch him rip under #93. Did it to him later in the game. He’s going to get one.

– Eli Rogers didn’t get square and under the punt he muffed. 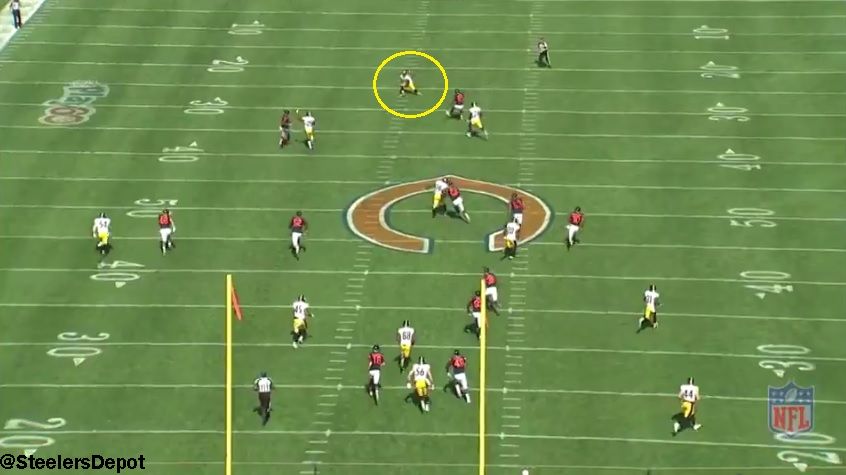 – What are JuJu and Jesse James doing here…? 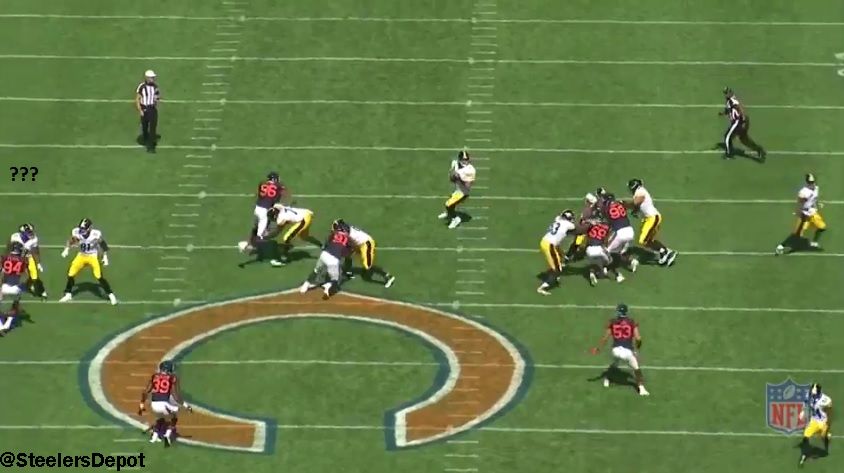 – Good job by Terrell Watson to get skinny through the hole. Converts the third down. 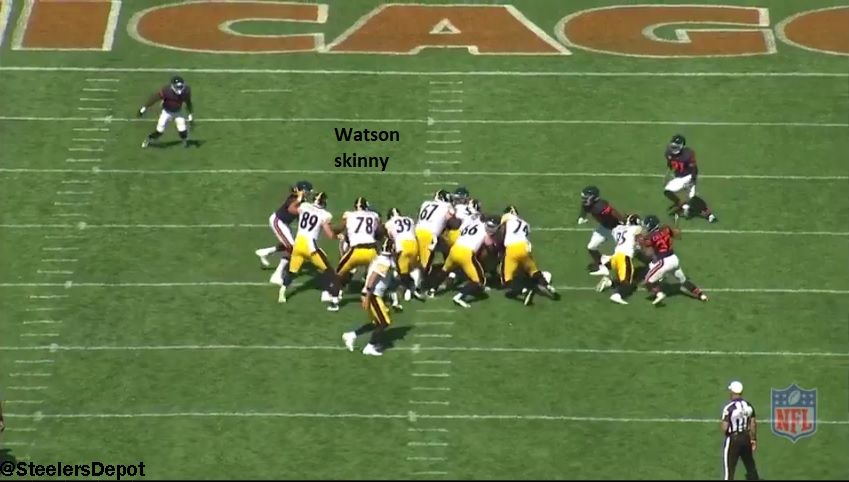 – Artie Burns…this is just bad. Have to play the pocket, use your hands. Not turn and throw your shoulder, especially into a tight end who is able to brush it off. 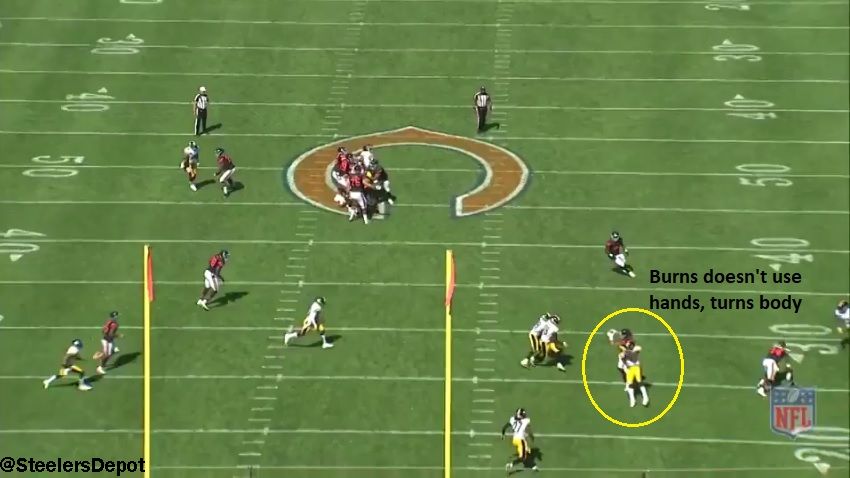 – Everyone did but notable that Vince Williams and Tyler Matakevich bit on the playaction. Tight end gets behind for the score. 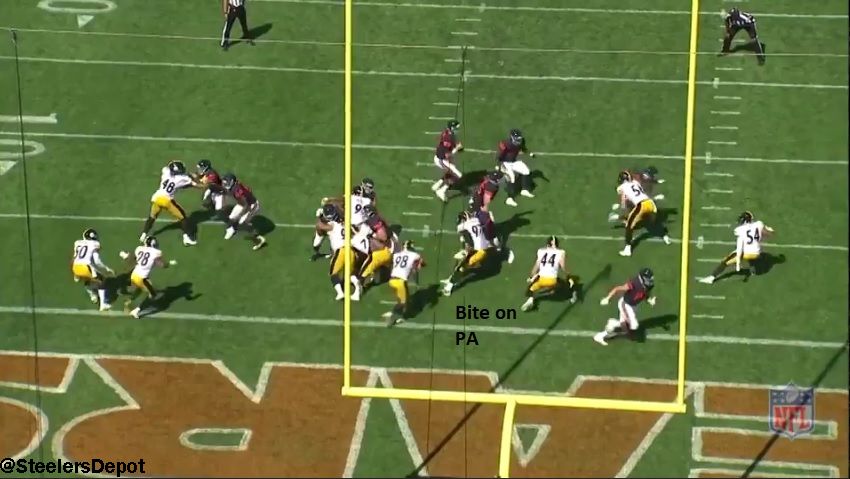 Run game needs some attitude. JuJu has been bringing it. #Steelers pic.twitter.com/oC8LQjokzw

– Alejandro Villanueva better job not to overset when he has RB help on the chip. 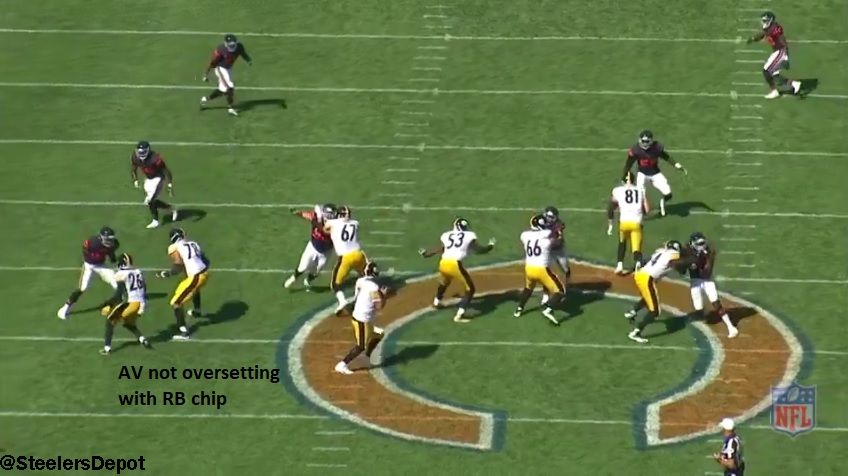 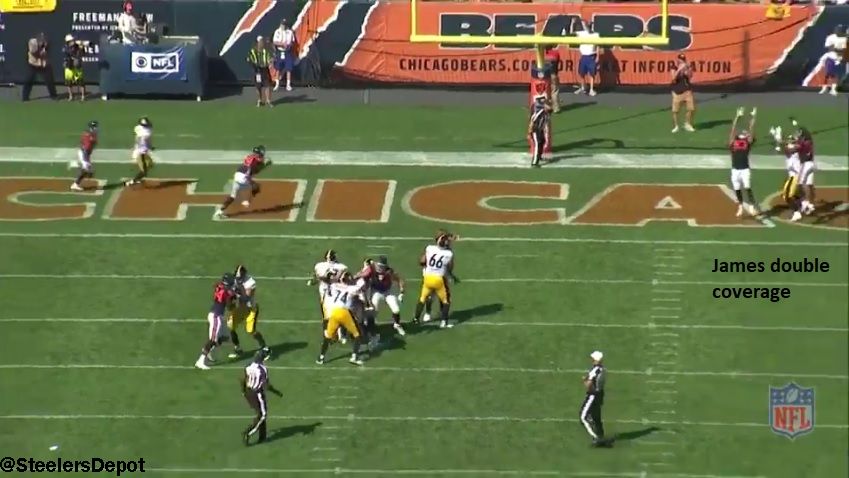 – Chickillo with a key missed tackle on 3rd and 4. Bears convert. 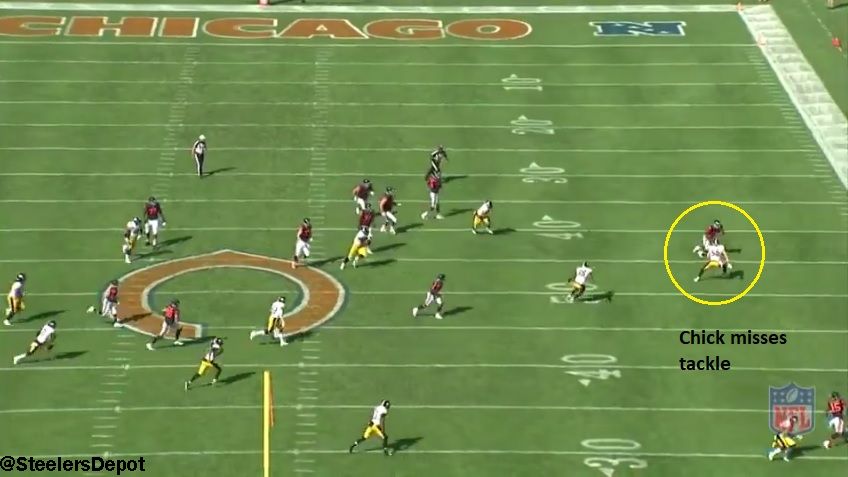 – Good job by JuJu to run away from color. Turns into a 25 yard gain. 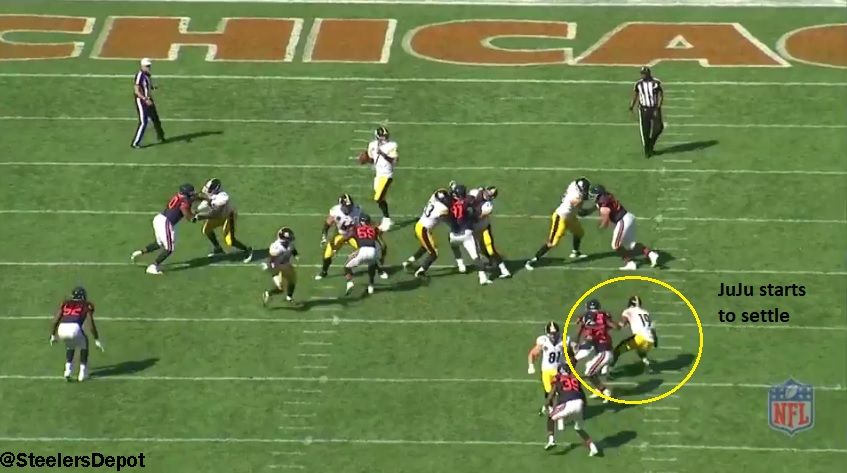 – Burns on a 3rd and 5 late in the 4th quarter. Cover 2. He gets depth and sinks, which is fine, but instead of “feeling” the receiver and either backpedaling or shuffling to keep his eyes on the QB, he turns his back. Ball checked underneath and Burns is late to recover. Could’ve made the stop. 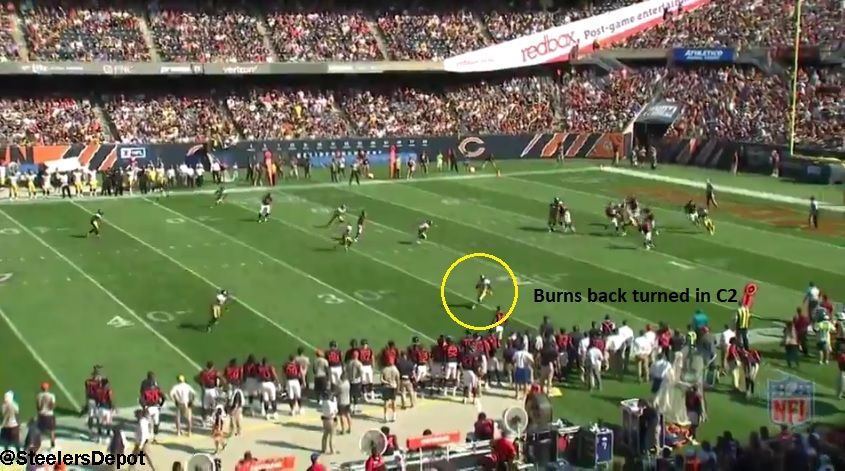