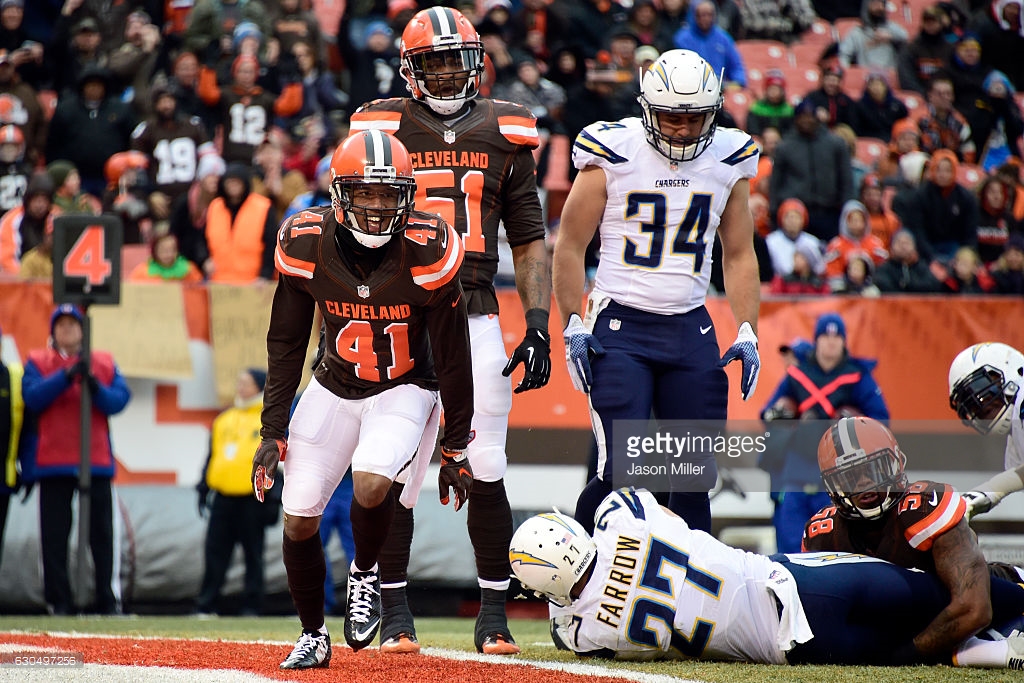 The Pittsburgh Steelers have already added a cornerback and tight end in the last week. An all-in mentality and the team might not be done adding yet. They’re clearly looking to keep making upgrades in the secondary. With Jordan Dangerfield’s injury that makes his Week One availability in question, though recent news is positive, the team could feel even more compelled to add.

Here are five safeties the team could show interest in over the next 48 hours. Someone other than T.J. Ward, the most common name that’s been floated.

Andrew Williamson/Colts: Williamson is pretty out of left field. No compelling reason to think he’ll come here. But he’s got good size (6’1 208) who ran 4.48 and jumped 35/10’4″ at his Pro Day last year. Waived/injured last year but stayed healthy this season. Had three tackles against the Steelers in the preseason so maybe something the team saw there could perk up interest.

Pittsburgh likes to target second year players. B.W. Webb, Antwon Blake, and Demarcus Van Dyke were into their second year when Pittsburgh scooped them up. Guys who have a taste of the league but young, athletic, with upside.

Alex Carter/Lions: The Steelers showed interested in Carter coming out of Stanford, the big, long corner (6’0, 32 1/8 arms) they wound up drafting in Artie Burns a year later. A busted ankle hindered him his rookie year and that’s definitely a medical concern going forward. The Lions wound up converting him to safety to help mask a lack of speed; Carter wasn’t very fast pre-injury(4.51 at the Combine).

But if there’s interest there, and the Steelers got a good look at him in their joint practice last year, maybe they take a flier for a special teamer.

Tracy Howard/Jaguars: I like this one the most. Again, fills the “requirement” of a second year player. Howard has NFL experience, racking up 20 tackles in a depleted Cleveland Browns’ secondary a year ago before latching onto Jacksonville this season. So Steelers saw some of him.

From what I’m reading, Jacksonville is deep at safety and unlikely to keep him. So should be available. He saw action last week against the Atlanta Falcons and was productive. Four tackles, a pick (tipped pass in the end zone) and a forced fumble along the goal line.

He’s from Miami (FL) and while he didn’t test well in his 40 (4.60) he showed explosion with a 36 inch vert and 10’2″ broad. Mike Tomlin was there last year to look at their deep group, including eventual first round pick Artie Burns. Howard had four interceptions as a sophomore in 2013. There’s a high level of familiarity for such a young guy that’s intriguing. Free safety type but the Steelers have enough box guys. Need a playmaker.

Robert Blanton/Cowboys: Blanton is the elder on the list, turning 28 in a couple of days. And history says adding someone like him isn’t terribly likely. Still, he’s a vet with plenty of Sunday experience (70 games, 19 starts). Bounced around since leaving Minnesota. Doesn’t sound like he had a great camp with the Dallas Cowboys and likely to get cut. Not a sexy name to toss out but he’s a guy who should be able to quickly pick up an NFL playbook.

James Saxon was the RBs coach for a couple years when Blanton was a Viking. Some inside info on him, too. Can’t hurt.

Jayron Kearse/Vikings: And finally, we wrap up with a Viking. It sounds like Kearse is going to make the team so consider this a less likely option than the others. I wasn’t crazy about Kearse coming out of Clemson, too slow, too stiff, but the Steelers thought enough of him to bring him in for a pre-draft visit. Good size and pedigree so Tomlin might still be interested.