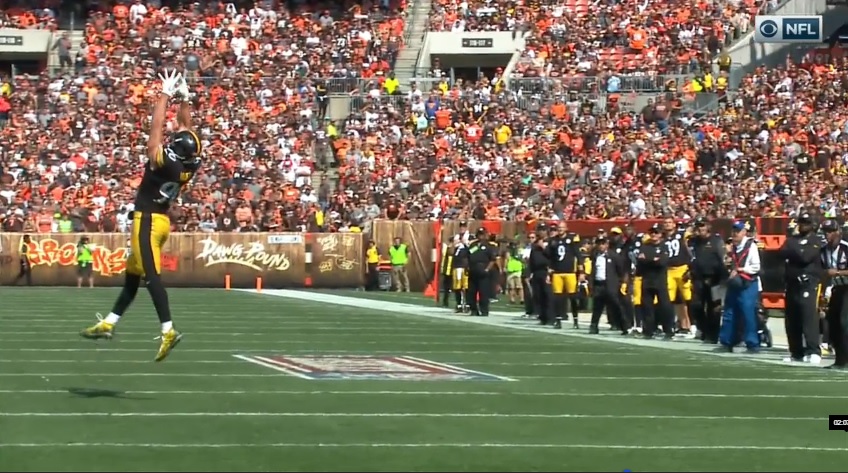 We all saw what T.J. Watt can do getting after the quarterback. That’s what he was drafted for and expected to do. But to play on the edge in Pittsburgh, your game has to be much more well-rounded than that. Steelers’ outside linebackers are the lynchpin of the defense and asked to wear every hat. That includes dropping into coverage somewhere between 20-25% of the time. Watt showed those traits too, recording the first interception of his career. And in impressive fashion.

What I want to look at today is his pick but also compare it to Anthony Chickillo doing the same thing. Watt did it better and was rewarded for it.

First, Chick. Unfortunately, I don’t have the All-22 look to show you guys because the new NFL Game Pass is a tire fire. We do have the broadcast view which will show us well enough.

Two receivers to Chick’s side. He bails from his OLB spot at the last second, lining up with outside leverage on #2. Does well to funnel #2 inside and once he knows #2 is going vertical, has his curl/flat responsibility. 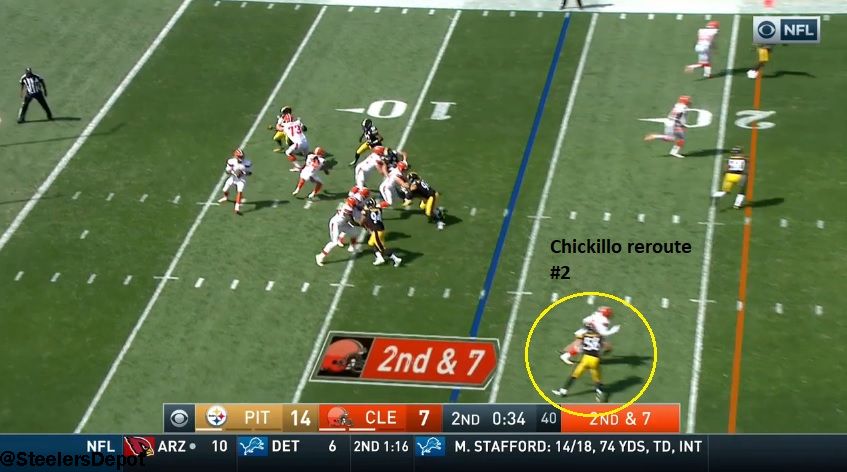 Needs to sink and get depth/width to anticipate any sideline throw to #1. Common concepts could be hoss (curl/seam) or smash (curl/corner). But he doesn’t get enough width until it’s too late and DeShone Kizer hits Corey Coleman on a comeback route for a 13 yard gain. 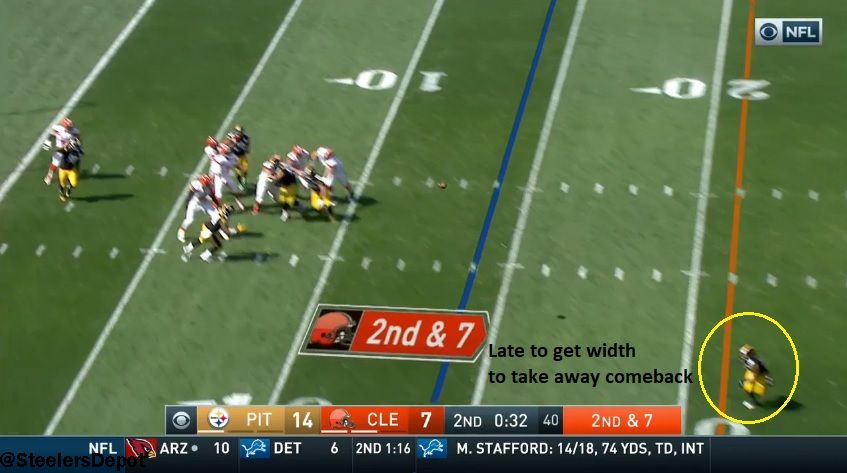 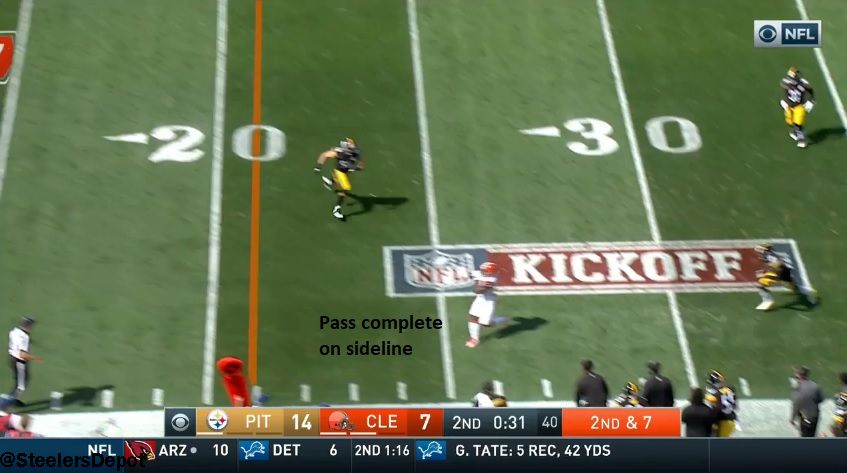 Now let’s look at Watt later in the game. Same thing. Slot set, Watt shifts to cover #2 and funnel him inside. I think he could’ve done a slightly better job with his pre-snap alignment, shading #2 outside instead of playing head-up but he gets width off the ball to reroute the receiver inside to his safety help. 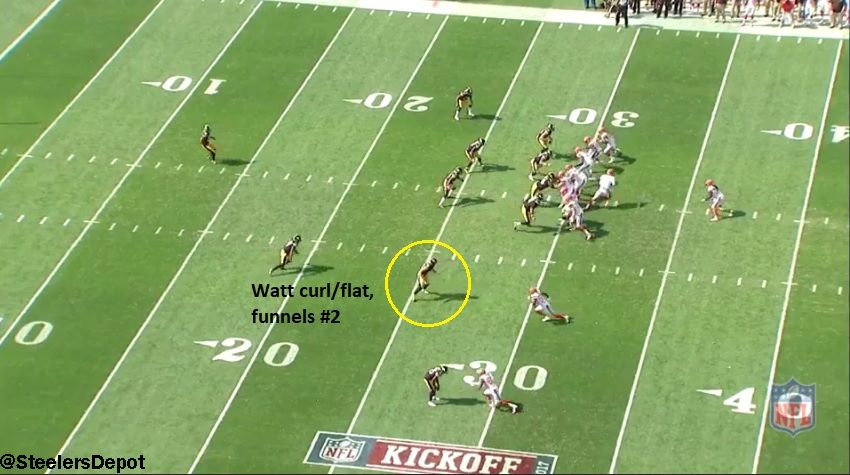 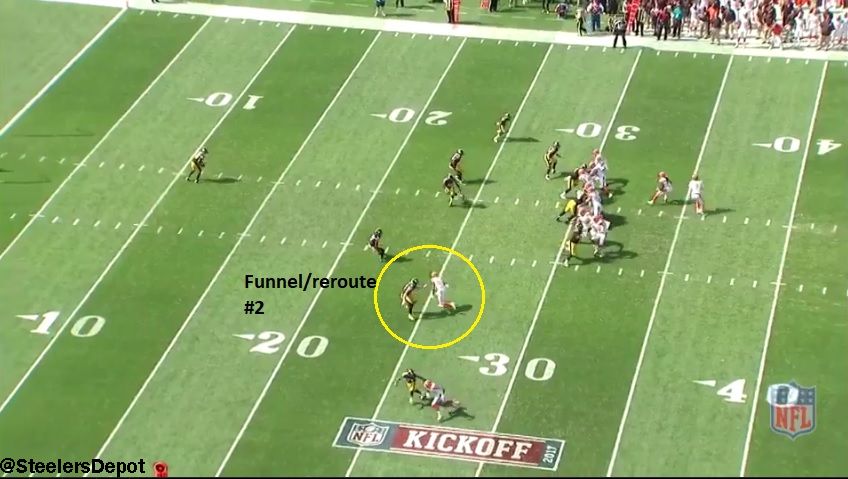 With no threat underneath, Watt gets width and depth and gets his eyes on Kizer. Now, I think Kizer makes a worse throw here than before, it’s entirely too low, but if Watt had settled like Chickillo did, he’s probably got no shot to make the play. 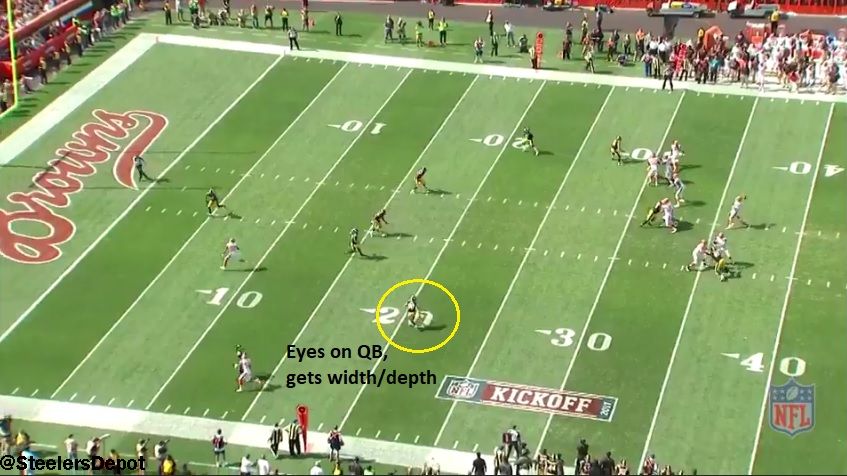 Instead, his technique allows his athleticism to take over, making a spectacular leaping INT and returning it for a modest gain. 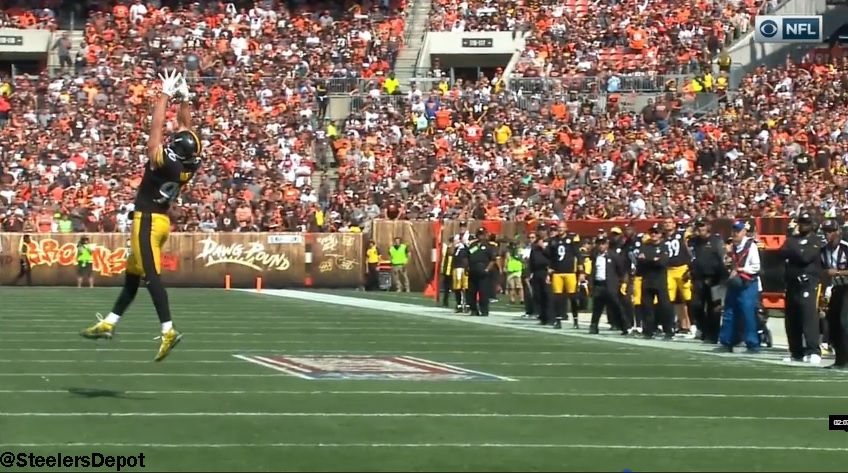 Great combination of football IQ and athleticism taking over. And a heck of a debut for the rookie.