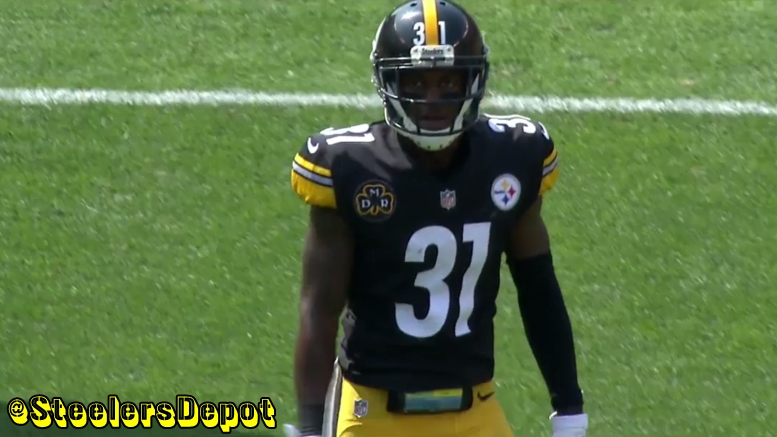 It would seem by now that Pittsburgh Steelers first-year cornerback Mike Hilton is a favorite of many, even if for a not insignificant number of his supporters the impetus to back him was driven by the desire to see William Gay bumped out of the nickel cornerback role.

Still, the former undrafted free agent has been ascending since the spring and has done nothing to suggest that he shouldn’t be in his role through the first two games, in fact seeing an even bigger share of the slot snaps on Sunday.

He was quite active in the game, credited with nine tackles, though he has yet to register a pass defensed. According to Pro Football Focus, he has been targeted nine times in the slot, giving up eight receptions, but for little damage.

One play early in the second quarter is an example of that. On first and 10, he was targeted on a dig route out of the slot, but he was able to close quickly. While he gave up the reception for nine yards, he immediately made the tackle.

One of the qualities that got him attention during the preseason was his blitzing, and he has remained effective in the games that count. He helped end that drive with a third-down blitz on which he put a good hit on the quarterback and forced an incompletion.

Run support has also been an important factor in his ascendance, and he showed that on the first play of the second half, charging from out of the slot and wrestling the running back down from behind, showing good pursuit on a six-yard run.

The Vikings tried to convert on a fake punt after looking as though they would go three-and-out, but the Steelers were able to stop them, in part because of Hilton’s ready recognition, racing into the backfield to pressure the punter as he threw, putting a big hit on him.

After the Steelers’ subsequent possession, which resulted in a field goal, Hilton recorded the tackle on the ensuing kickoff, sending the returner out of bounds at the 18-yard line.

Two plays into the drive that followed, he put on display his coverage instincts, diagnosing the route combination to break on the inside slot receiver and bring him down immediately for a four-yard reception.

Despite his size being a routine point of emphasis, it has not yet been much of a hindrance to him, as he showed in tackling the Vikings’ big tight end late in the game coming over the middle of the field after a one-yard gain.

In just this sampling, Hilton was targeted three times, giving up three receptions, but for only one successful play by the offense. This is pretty indicative of how he has been so far, though I would hope to see more successful play on the ball going forward.