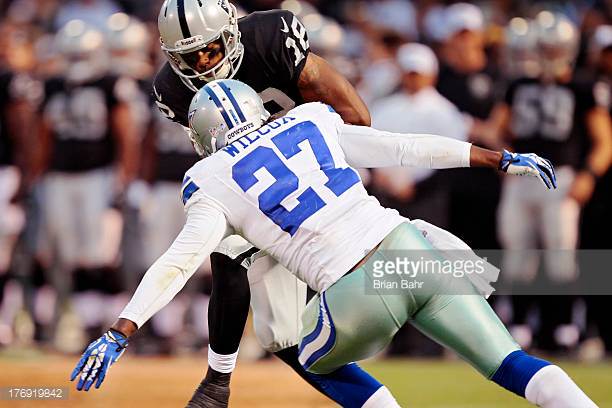 There’s a couple things you have to know about Pittsburgh. They love their bridges, demand french fries on their sandwiches, and gotta have nose-busting safeties. I don’t know J.J. Wilcox’s stance on the first two but the last one, he can emphatically check off. Wilcox is another in a heavy-hitter type the Pittsburgh Steelers gravitate towards. But is there more to his game than that? Let’s check him out.

His strong suit, clearly. Downhill player who can close quickly and does well to fill the alley against the run. Hard hitter, impact tackler, sacrifices his body, similar to the way Mike Mitchell plays.

This is one of the first plays of Wilcox I watched, early in this past year’s matchup with the Steelers. Flat foot read on the goal line, driving on the throw, and planting David Johnson. Big hit.

Or here, a nasty chip on Browns’ tight end Gary Barnidge. Hair on fire on this blitz, doing everything he can to try and get to the QB. Right side of the screen, #27.

Like we talked about after the team picked up Joe Haden, Wilcox has no fear taking on linemen in the run game. Love the way he takes on the pulling guard against Washington. Attacks outside half with his inside shoulder, keeping a cup on the run and ensuring the back will stay inside. And he’s able to stay on his feet too, something you’re not often going to see against a player more than 125 pounds heavier than him. Great play. 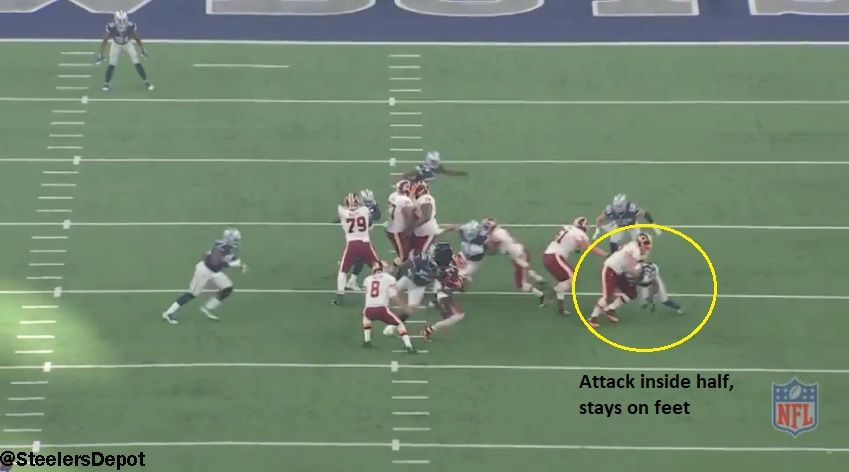 But it’s not all rainbows. Wilcox does look stiff and has trouble changing directions. Initially, backside contain on this run but when Ryan Matthews bounds the run back, he loses the edge and gives up an eventual 21 yard gain. This is ugly.

It is, in a word, ok. He’s been used in a variety of ways. Single high, deep half, and the buzz safety in Cover 3. The latter, where he exchanges responsibilities with the corner to play the curl/flat zone, is where I think he’s best. Example of that here, the safety to the bottom, rolling down to the 35. Has a good feel for the route combination behind him, getting depth to take away to over route from #3. Pass goes elsewhere.

He’s had problems with some basic stuff in Cover 2, a popular concept the Steelers ran last year. Think there’s some concern there.

The weakness in Cover 2 is the “hole shot,” between the flat and deep half defender, usually from a receiver running on a corner route. On this one, Wilcox is the deep half defender to the bottom. Vernon Davis runs a corner route and Wilcox fails to drive on the throw in time, needing to get off his landmark (two yards inside the numbers) to make a play on the throw. Easy completion for 26 yards. 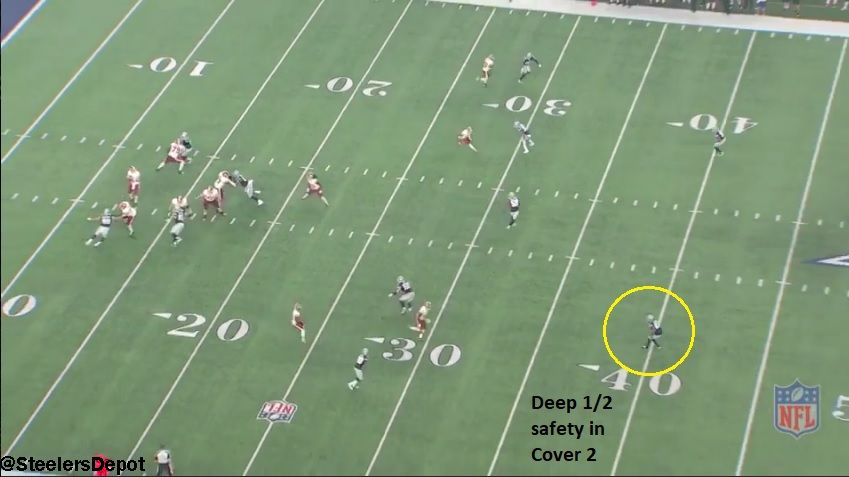 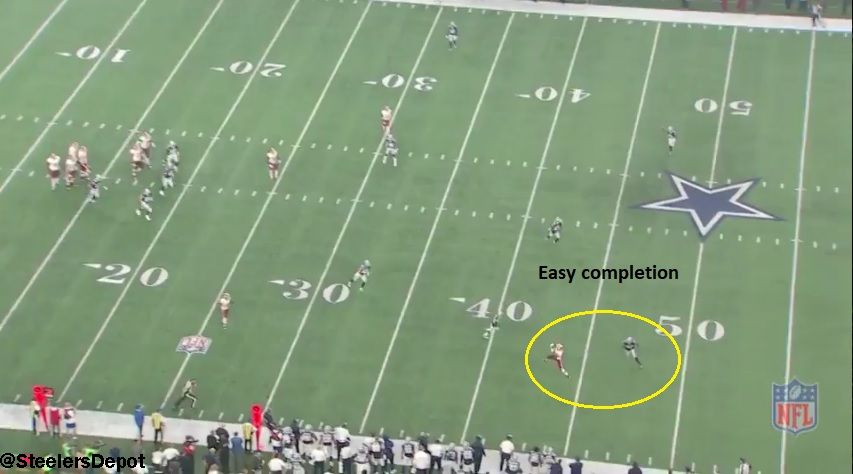 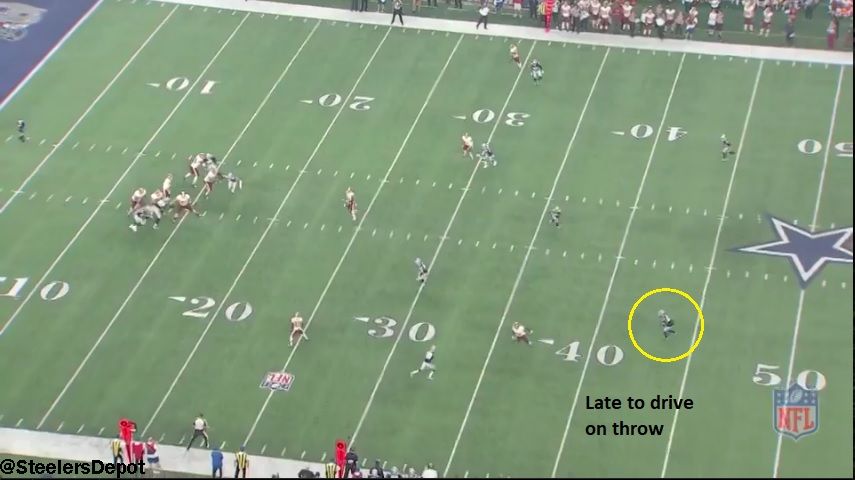 Or here, in 2015, where he’s the flat defender. 3rd and 18, there’s no one really even threatening the flat, he should be getting depth to squeeze anything from #1. He settles and the pass is complete for the first down, again, on the corner route. Shouldn’t happen to a vet like him. 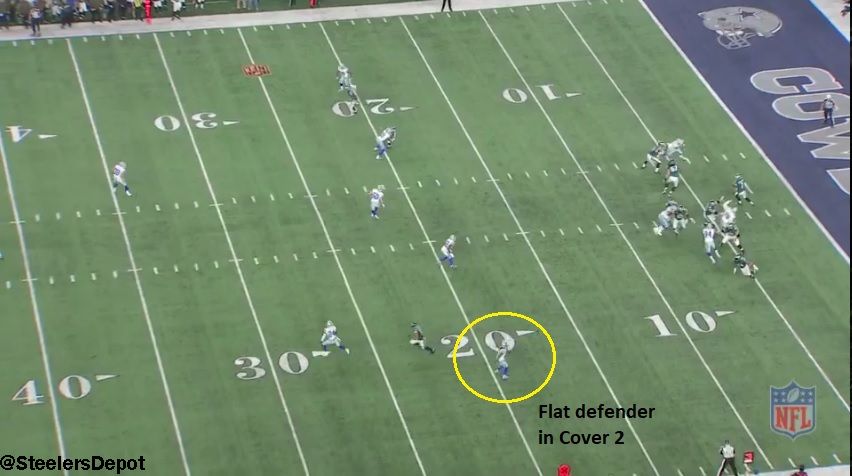 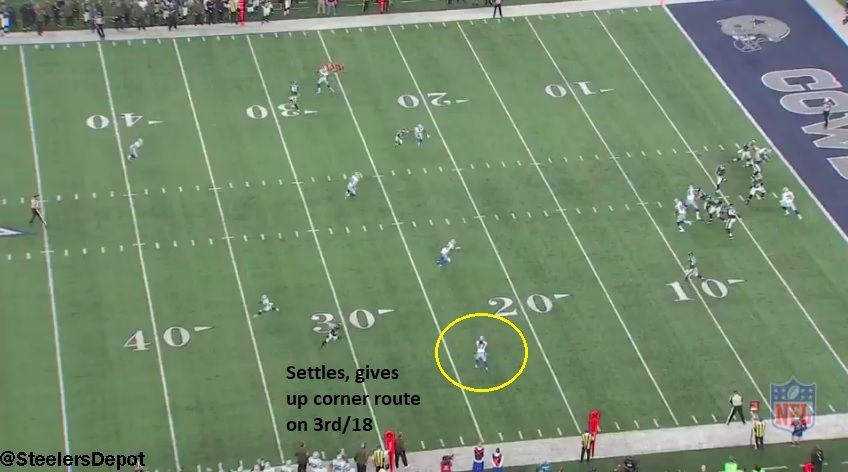 I see him as a third safety, bolstering the team’s depth. Has to get up to speed but will challenge Robert Golden/Jordan Dangerfield. Special teams work, he profiles well for that, and even maybe gets a look as a kick returner. Hasn’t done it in the NFL but was used there in college at Georgia Southern, where he began his career as a running back/wide receiver.

Per his draft profile, he returned 31 kicks for 780 yards and a score. The Steelers have a pretty obvious need there. It might be out of Mike Tomlin’s comfort zone but options are limited.

Possible dime candidate too. Here’s one look as him being the dime guy in the box last year with Dallas. 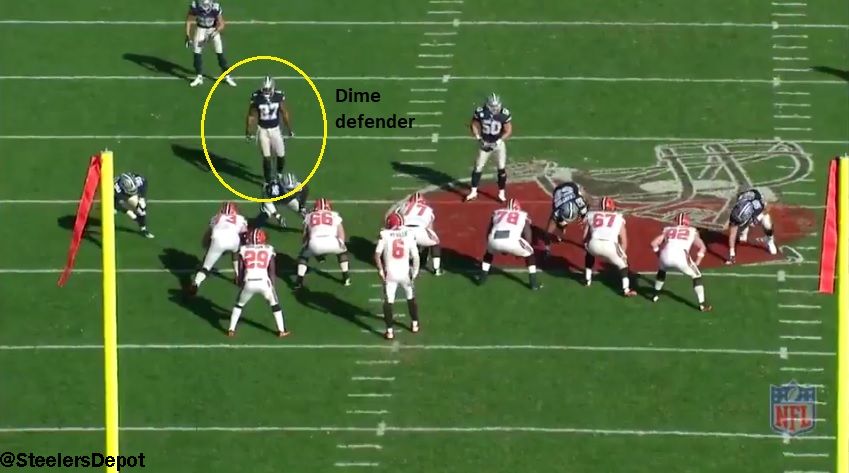 I’m all for anything that makes the Steelers’ defense more varied and provides more “answers.” Man-to-man is increased to give the defense more looks, more versatility, and to become less predictable (the latter was the biggest issue vs New England last year, not solely because omg zone defense sux!!) and being able to play dime will accomplish similar.

Bad: Shows stiffness in change of direction…could struggle in man coverage…has to be more consistent in zone coverage, too…one really good trick but feels limited beyond his physicality…misses more tackles than he should

On the surface, there’s a lot to like. Good fit on special teams, good fit with the Steelers’ culture, and you can’t fault the team for adding depth at a position of need. But I don’t want to get my hopes up too high either. After all, the Bucs dumped him pretty quickly and the flaws in his game are hard to ignore.