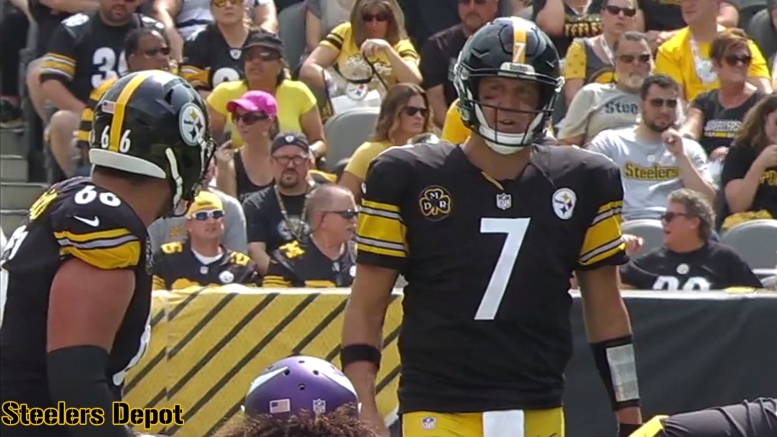 While the offensive line play to date may not necessarily be much to write home about—that pertains more to the running game than in pass protection, as they have only given up two sacks so far, a third surrendered by a tight end—that is not to say that there have not been strong individual performances from Pittsburgh Steelers linemen.

One player in particular who I think played quite well on Sunday in both phases of the game was sixth-year guard David DeCastro, who has made the Pro Bowl in each of the past two seasons and who is looking to continue that trend.

While he has excelled in many areas, the one thing that he seems to be best-known for is his ability to pull, which is something that he did not do on a single running play in the first game. That changed Sunday, though the play wasn’t always effective. His first pull of the game was an individual win for him, but the play only gained one yard.

Still, that didn’t stymie the drive by any means—in fact, they went on to score—and part of that is attributable to his run-blocking, as on the nine-yard carry for James Conner off the right edge, blocking Linval Joseph and then attempting to seal off two defenders with the running back slipping behind him.

Later on the same drive, DeCastro was asked to pull again, and he hit his target again, though it only produced a three-yard gain. Worse still, Jesse James was flagged for a hold that pushed the offense back 10 yards. And then they scored on the next play, because of course.

He and Marcus Gilbert also worked well together in pass protection, particularly on stunts, though on one in particular, he was faced with a difficult decision when Gilbert slipped off his man. The interior defender remained the immediate threat, so he had to let the looping defender go.

After the 49-yard penalty that the previous play drew, the Steelers turned back to the ground game, with DeCastro and Maurkice Pouncey working a double team before the right guard scraped off and drove the middle linebacker onto his seat on a six-yard gain on first down.

The rest of the game was much of the same for the former first-round draft pick, who has lived up to his pedigree over the years. He even made Pro Football Focus’ team of the week as the highest-graded guard, netting a 93.1 score.