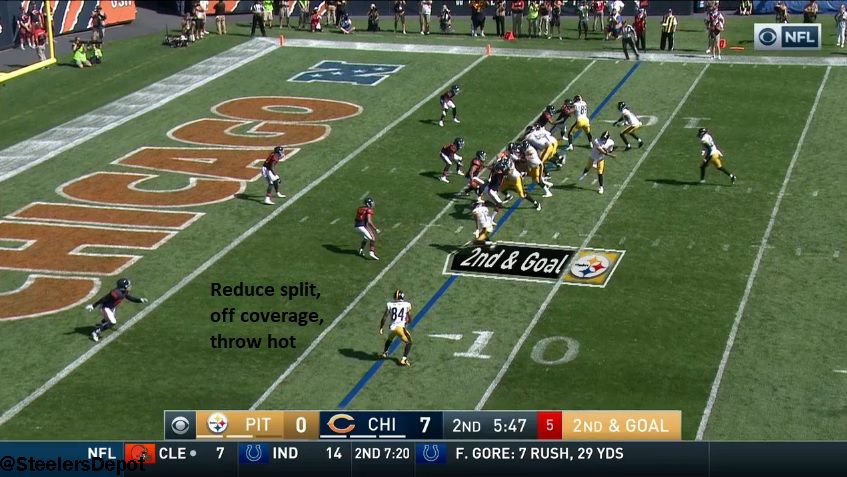 Antonio Brown got his first looks in the red zone Sunday and the Pittsburgh Steelers fed him his first touchdown. More accurately, Brown fed himself. Let’s break down AB’s score.

The cornerback on him is playing seven yards off. Anytime you get that look, especially near the goal line, it’s worth throwing a smoke screen. Brown signals behind his back to throw him the ball hot. The reduced split helps, too, cutting down the time from throw to catch and giving Brown more space after the catch. 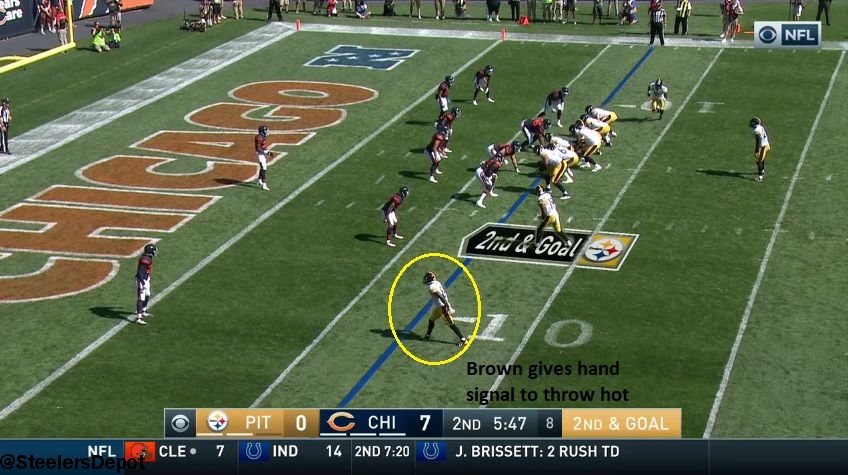 As Roethlisberger looks to his left, he sees the signal. Right there, it’s a pass. 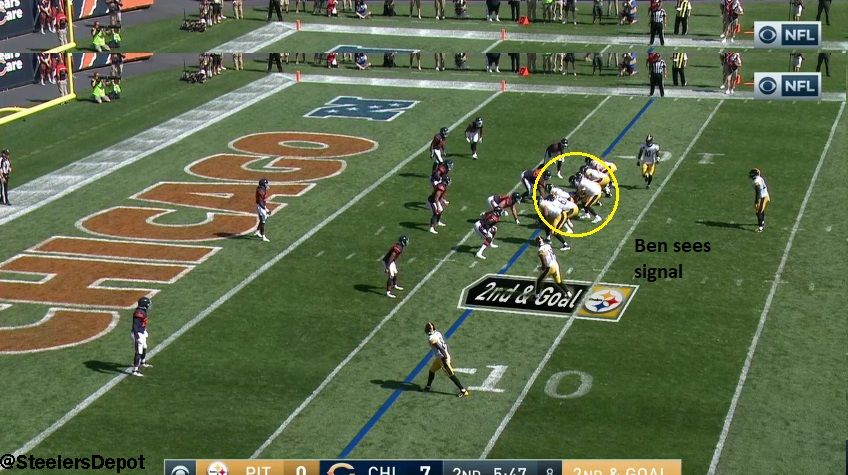 The rest is simple. The back and line ell run, because they still think it’s going to be one, and Brown gets the screen with the corner off in space. That’s a matchup you live for. Your best playmaker in the open field, one-on-one with the corner. Brown does the rest, cutting inside and stretching over the goal line for the score.

There’s not a lot here to examine here but what does exist is really important. That relationship between Ben and AB. Where one can see a favorable look, communicate secretly and quickly and execute.