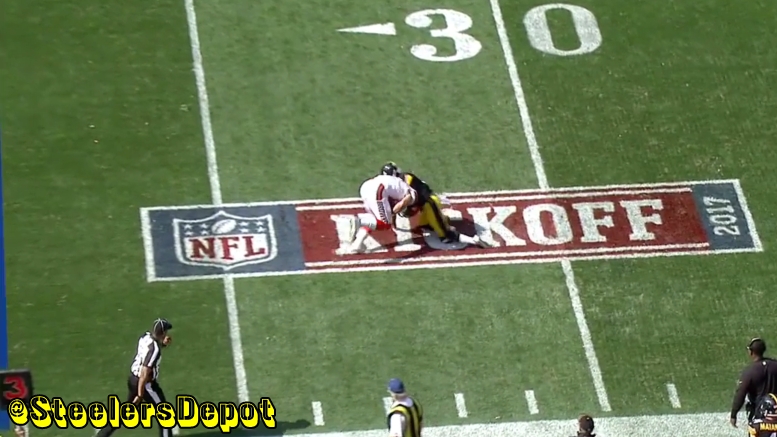 Short cornerbacks have it rough. They often get passed over because of their height or their weight, and the sad reality is that those issues will be a legitimate liability at the NFL level. But it does not limit all cornerbacks who fall short of the height-weight-speed metrics that are expected of their position today.

One such player is Mike Hilton, in his first season with the Pittsburgh Steelers and working as their starting slot cornerback after going undrafted last season and being cut twice before joining the Steelers’ practice squad in December.

He has since then opened up enough eyes to get him where he is today, which is, practically speaking, a starter for a successful NFL franchise, and frankly a player who is positively contributing to their winning efforts. He played over 80 percent of the team’s snaps last week and seems now clearly to be ahead of William Gay.

If Stephon Tuitt returns today, then he will probably see a lighter workload to a certain degree, since they will likely be more comfortable in running out of their 3-4 front, but the Steelers and most teams still average at least two thirds of their snaps with a fifth defensive back on the field.

So how exactly did he make it to where he is now when so many others have fallen short? It’s actually eerie how direct a comparison can be drawn to another former college and NFL teammate of his, somewhat of a cautionary tale.

Hilton and Senquez Golson were for a time Ole Miss’s starting cornerbacks. Both are about 5’9” and in the ballpark of 180-185 pounds. Golson, who had 10 interceptions in his final season, was taken by the Steelers in the second round, declaring early. Hilton stayed in college and went undrafted.

I really don’t know how much if any blame goes to Golson’s size for the fact that he has been banged up for virtually his entire NFL career, but he currently finds himself without a team, having never even been able to play a preseason snap.

Hilton has remained healthy, which has provided him the opportunity to demonstrate that he can play bigger than his size, which he says is one of the prime catalysts for his success. “I try to use my physicality and strength”, he said, telling Jeremy Fowler, “you look at me, you won’t expect me to tackle the way I do. I try to use that to my advantage”.

He has already shown through the preseason and the first two games that he is not only able, but quite willing, to embrace the physical aspect of the game, making some hard tackles against the run and on special teams, and displaying his aggressiveness as a pass rusher.

His scrappiness is even motivating his teammates. Sean Davis, a 6’1”, 200-pounder at strong safety, told Fowler that “he’s competing daily”. He said, “being around a guy like that, intensitywise, you have to match that”.