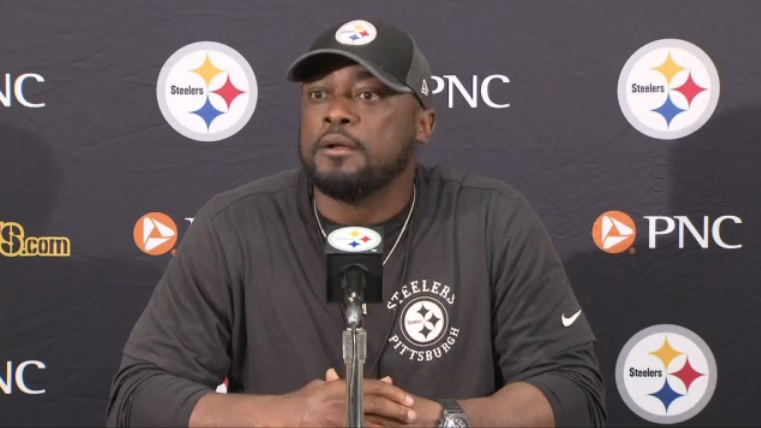 Open-ended question for you guys. Colin Cowherd says he thinks he knows why the Pittsburgh Steelers struggle on the road. And Mike Tomlin is to blame.

On his show on FS1 today, Cowherd delved into the topic.

“Mike Tomlin and Pete Carroll have created highly emotional cultures,” he said. “This is what they have chosen. The payoff is they’re virtually unbeatable at home. They’re not even close to the same teams on the road.”

The Steelers finished last year 5-3 on the road, including blowout losses to the Philadelphia Eagles and Miami Dolphins. They were 6-2 at home while the Seattle Seahawks had an even more noticeable split, posting a sub-500 record on the road.

Cowherd countered that “calm” coaches, like Jason Garrett in Dallas and Bill Belichick in New England, fare much better on the road. To be fair, Garrett and the Cowboys went 6-2 on the road, just one game better than Pittsburgh. And New England…well, they’re the outlier for everything.

“Pete Carroll and Tomlin have created emotional cultures,” Cowherd went on. “Therefore when the home crowd is plugged into those teams, they’re completely different football teams.”

He pointed to the Steelers falling flat against the Cleveland Browns, barely escaping with the win, as another example. It’s clear the Steelers are a much different looking team on the road than at home and no one has come up with a good explanation yet.

While I, to be honest, generally ignore Cowherd, this is a potentially valid point. I’m not sure if I agree with it, Heinz Field isn’t exactly known as being a tough place to play (and Ben Roethlisberger basically said as much today), but obviously, it helps.

And the culture stuff, that’s true. Tomlin is a guy who wears his emotions on his sleeve. You could debate the idea all day and I hope you do in the comments. Check out the entirety of his comments below.