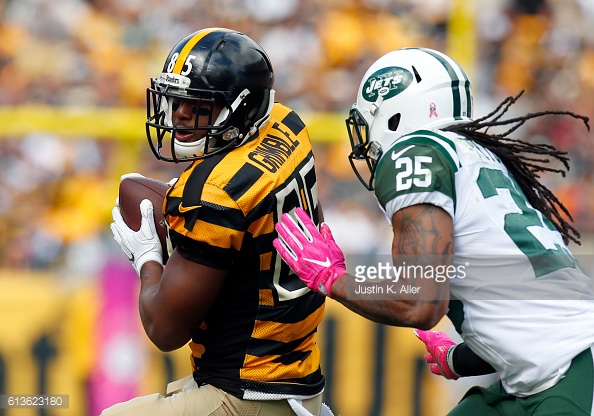 The Cleveland Browns made a very surprising transaction on Thursday as the team announced they have cut safety Calvin Pryor.

Hue Jackson confirms that Calvin Pryor has been released.

Pryor reportedly got into a fight with Browns wide receiver Ricardo Louis shortly before the beginning of practice on Thursday. Browns head coach Hue Jackson, however, wouldn’t elaborate as to why Pryor was cut during his Thursday press conference.

“It was an internal matter, I’m not going to get into the specifics,” Jackson confirmed on Thursday. “The player has been released.”

Pryor, who was originally selected by the New York Jets as the 18th overall pick in the first round of the 2014 NFL Draft out of Louisville, was traded to the Browns in exchange for linebacker Demario Davis this past June. He was slated to be a backup this season with the Browns.

During his first three seasons in the NFL with the Jets, Pryor registered 191 total tackles, two forced fumbles, two interceptions and 14 total passes defensed in the 44 regular season games that he played in. He started 38 of those games.

Pryor should now be subject to waivers due to his limited vested years in the league and it will be interesting to see if another team claims him as he’s scheduled to earn a base salary of $1,587,717 in 2017, the final year of his rookie contract.

Will the Steelers have any interest in Pryor should he ultimately clear waivers? It’s hard to really say, but it is worth noting that they did have Pryor in for a pre-draft visit back in 2014.

The Steelers will open their 2017 regular season on Sunday in Cleveland against the Browns.