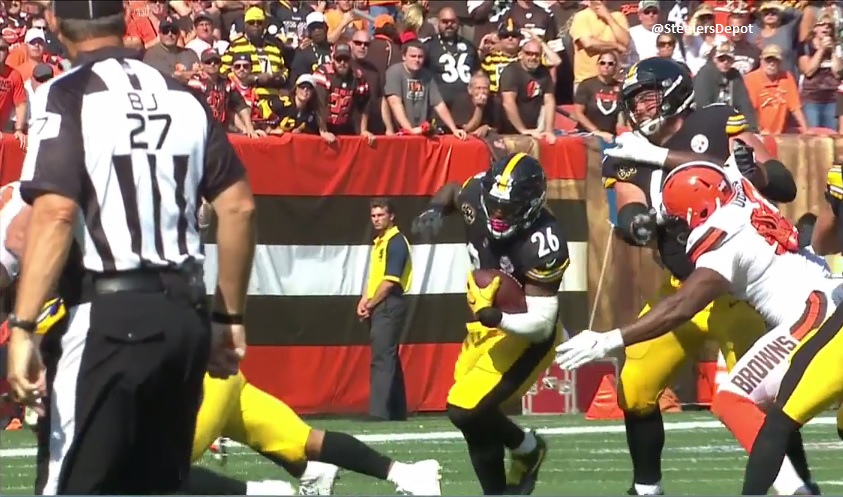 Pittsburgh Steelers running back Le’Veon Bell didn’t have a strong performance in his teams 21-18 regular season opening win over the Cleveland Browns but the former second-round draft pick said after the game was over that he doesn’t believe that low statistical output had anything to do with him holding out all of training camp and the preseason.

“I don’t think I was on the field as much as usual, so obviously it’s not going to be the same numbers,” Bell said, according to Jeremy Fowler of ESPN.com. “But we won the game, and that’s the biggest thing about it.”

Bell, who only got a few practices in with the team ahead of Sunday’s game against the Browns, had 47 total yards from scrimmage in the opener on 13 total touches. Bell, however, did play 43 of a possible 60 offensive snaps during the game.

While Steelers head coach Mike Tomlin indicated prior to Sunday’s game that there could ultimately be some consequences for Bell not being present for training camp and the preseason, he made it clear during his post-game press conference that it is in his belief that the Steelers lack of running game effectiveness against the Browns wasn’t related to Bell being out of sync with the rest of the offense due to missed time.

“We were out of sync because we were behind the chains,” Tomlin said when asked if Bell was out of sync Sunday against the Browns. “When you get highly penalized and you’re working that first and 15, or second and 15, man, you’re not going to have a great running game. You can write whatever story you want to write about – his missing preseason and all of that. The bottom line is, we got highly penalized. It put us behind the chains and it minimized the running game. Write that, because that’s what happened.”

The Steelers were penalized 13 times for 144 yards on Sunday. That fact, combined with a sack of quarterback Ben Roethlisberger as well as a few other plays that lost yardage, resulted in the Steelers offense needing to run 12 plays when they faced more than 10 yards to go.

Whatever it was that led to Bell only having 47 total yards on Sunday against the Browns, it was a rarity for sure. Bell has played in 48 regular season games so far during his career and his 47 total yards from scrimmage on Sunday now stands as his lowest output of his career.

Bell will look to get back on track next Sunday at Heinz Field when the Steelers host the Minnesota Vikings.

“I wanted to help the team win, so I want to feel involved at all times,” Bell said.