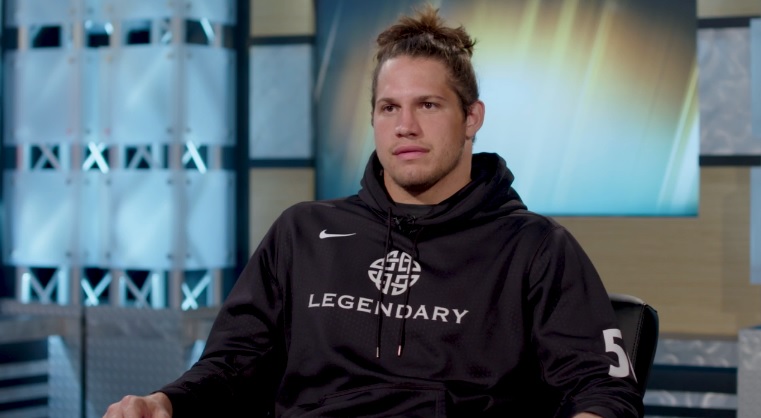 It’s probably unfair to say Anthony Chickillo was “fat” in college. But he sure was heavy and as he tells it, thrilled to be a much slimmer version of himself. Speaking with Steelers.com’s Missi Matthews, Chickillo reflected on the transformation he’s undergone from his time in college to the NFL.

Unsure how teams were projecting him for the NFL, by the Combine, he dropped to 267. After the Pittsburgh Steelers drafted him, making it clear he was an outside linebacker, Chickillo continued his diet.

To him, it’s the best thing that could’ve happened. He told Matthews playing so big wasn’t what he wanted to do but what the coaches asked of him. So he powered through, even if that meant a ridiculous eating schedule.

Chickillo has had a seemingly smooth transition to losing weight and playing with his hand up, even going back to his rookie training camp. Each summer at Latrobe, he’s been a camp darling and that production has begun to translate. Filling in for an injured Bud Dupree Sunday, Chickillo recorded two sacks and recovered a blocked punt in the end zone for the first points of the season.

But the Steelers have blended his defensive linemen background. Based on our charting from Week One, Chickillo lined up with his hand down 21 times, something he’s done dating back to last year.

While hopes remain high for Dupree, there’s comfort in having depth with Chickillo. He’s a good athlete and pass rusher with a knack to finish. His work in coverage needs to come along but if that part of his game is anything like his body type, he’ll be able to transform that, too.