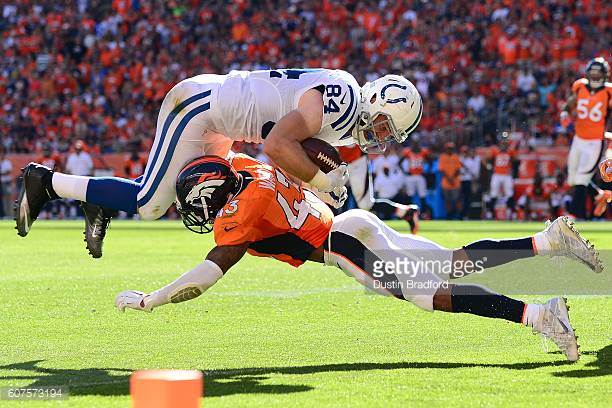 The Pittsburgh Steelers could sign a safety in the next 48 hours. And if you ask Joe Haden or Antonio Brown who they want, their answer would be the same: T.J. Ward.

Both players have made their interest in him public on Instagram today. Haden was the more public of the two, posting this photo to his account two hours ago.

Haden posted a photo of him knocking a runner out of bounds with the “eyes” emoji.

Earlier in the day, Brown commented on a photo announcing Ward’s release. His comments were pretty clear. Reader Kyle sent this to us.

Ward started 14 games for the Denver Broncos last year, racking up nearly 80 tackles and recording an interception. It’s unclear if he would want to come to somewhere like Pittsburgh, a place where he’d be a backup and at best, seeing a role in dime packages. It’s almost certain he’d be able to find a starting job somewhere.

But Haden and Brown are clearly showing interest and making their pitch.