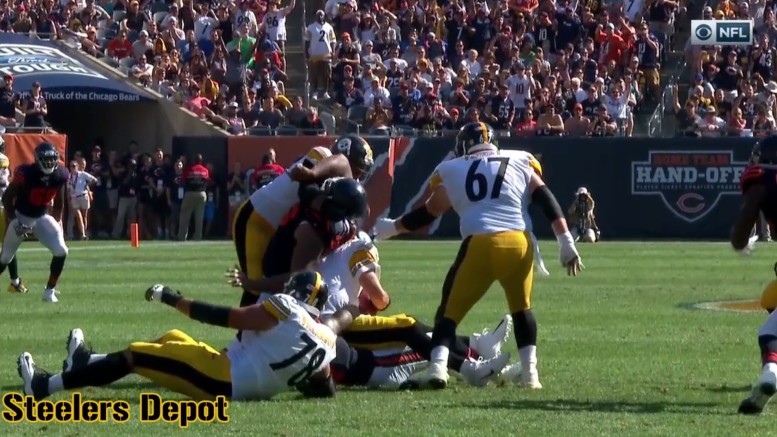 Question: How much blame, if any, do the distractions surrounding Sunday’s game deserve in explaining the Steelers’ struggles?

For the purposes of this discussion, opinions about what actually happened are immaterial. We are not here to weigh once again the events that preceded the on-field product. What I simply want to know is how much those events became a distraction that contributed to the Steelers struggling on the field on Sunday.

I’m not exactly expecting to find an answer to this question, and realistically, the vast backlash that has followed as a result of the optics of the opening is something that would not have gotten back to the team until after the game, so that part did not factor in here.

But Ben Roethlisberger did admit that he would be lying if he said the whole thing wasn’t a bit of a distraction. Martavis Bryant, too, conceded that it was probably on everybody’s mind, though he didn’t place the blame on it. How could it not be, after all? It’s the evening before a game and you have to be put in a position to figure out how you want to handle something that had been simply routine throughout your career, knowing that whatever you do will be intensely scrutinized.

I think emotions were charged around the league, and I highly doubt that the Steelers were the only team that found themselves in some way, shape, or form distracted. But I don’t write about those teams…so I don’t really care.

Did the on-field struggles have anything to do with the off-field? And is this something that we need to be concerned about going forward? I think we all know for damn sure that their pre-game actions are going to be as scrutinized on Sunday, if not even more so, than they were this week, because of all of the fallout since then. This thing could snowball if it’s not appropriately handled internally.