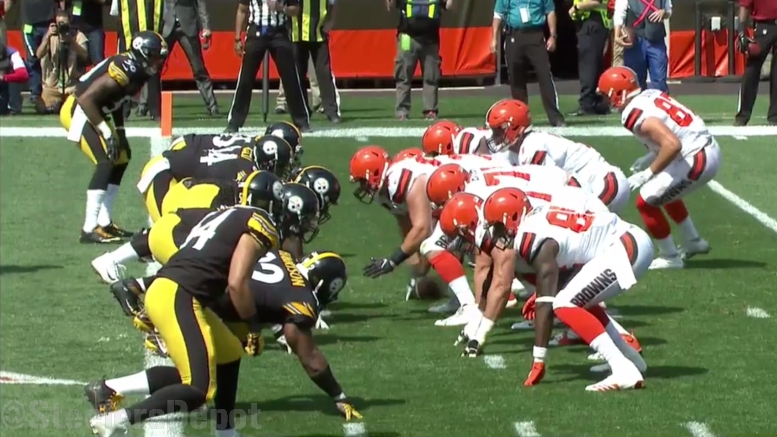 Question: Should there be concern for the future over how the Steelers played in the season opener?

Barring injury news, there seems to be no more hotly-debated topic concerning the Steelers right now than just how absolutely terrible their season-opening victory was and how it is a demonstration of their inability to get off to fast starts, to put away lesser opponents, and any number of failings.

There was also a lot of room for improvement in their showing against the Eagles in the third game of the 2016 season as well, and then they did improve, well enough to make it one game shy of the Super Bowl. So having a humdrum victory over the Browns in the season opener is not going to guarantee future failure.

But okay, let’s talks about some of the failings. First of all, there were a ton of penalties. This has to be worked on. It’s fixable, but it needs to be addressed. Vance McDonald did not have a good game. Joe Haden could have had a much worse game had DeShone Kizer hit on more of his targets.

The offensive line’s run-blocking was not up to par, nor was Le’Veon Bell. Martavis Bryant was far from polished. A lot of the defensive pressure stemmed from Kizer not knowing when to get rid of the ball.

Lots and lots of bad ways to spin that win. So how hard do you spin it? How much of what we saw in the negative column on Sunday bears worrying about when it comes to their next game against the Vikings?