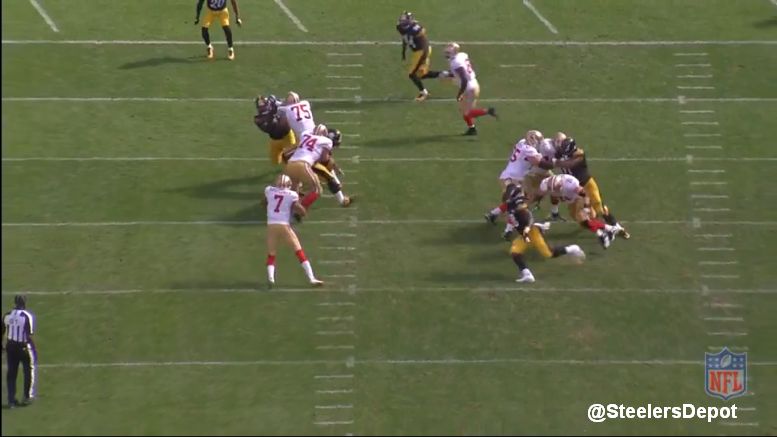 After hearing about an article that Pittsburgh Post-Gazette writer Paul Zeisse wrote arguing that the Pittsburgh Steelers should go out and sign free agent quarterback Colin Kaepernick, I was winding up, ready to take a bat to a piece that would inevitably have to be sensationalist nonsense driven for clicks.

But after reading it, I actually found that he laid out a fairly reasonable argument for doing so, even if I ultimately disagree with the conclusion.

He did mention that he has concerns about Landry Jones’ abdominal injury lingering throughout the season; if there is legitimate merit to that concern, then that greatly changes the complexion of the discussion, because as Zeisse fairly points out, Joshua Dobbs certainly has made no appearances of being ready to assume the role of backup quarterback for a Super Bowl contender.

No, I do not think that the Steelers should sign Colin Kaepernick. But, aside from the economics of it, unless it becomes necessary, I don’t consider it to be an outlandish suggestion. And very recent history suggests that it is far from unreasonable to suspect that the team could pursue that route.

It was just two years ago that Pittsburgh’s backup quarterback, Bruce Gradkowski, suffered a season-ending injury, which I believe also came in the second preseason game. The team wasn’t sold yet on Jones, so they went out and signed a controversial figure at quarterback, Mike Vick.

Vick participated in the torture and killing of animals. Kaepernick dabbled in political activism. I think I know whom I have a bigger problem with on a personal level.

But of course the Mike Vick experiment didn’t go very well at all. Aside from basically one throw in two and a half games’ worth of work, the former first-overall draft pick from a distant past looked like a shadow of his former self; and not only that, but somebody who didn’t have the time, nor the dedication, to pick up the offense in time when he was needed.

It is never a wise idea to acquire a backup quarterback so late into the season. The only time when it should be done is when it becomes necessary. The simple fact of the matter is that there’s not enough time to fully digest what will be asked of a starter, should he need to step into that role.

Until we hear something about a potential long-term issue with Jones’ abdominal injury, however, there is really no reason to pay this issue any further mind than the resources that I have committed to it above.

I do think that, from a social standpoint, Kaepernick would not be a locker room issue. While Alejandro Villanueva may have made some mildly pointed remarks about his decision last year—from the perspective of a Veteran—NFLPA representative Ramon Foster said that he supports the quarterback’s freedom of expression.