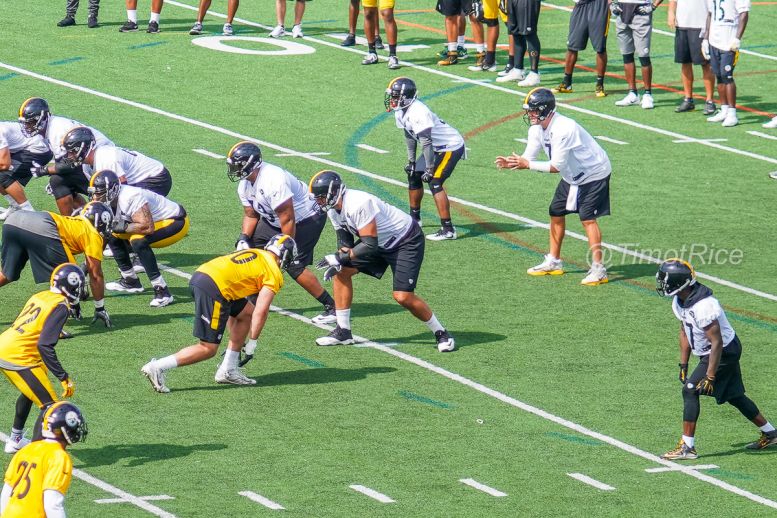 Pittsburgh Steelers outside linebacker T.J. Watt is not the average rookie first-round draft pick in many ways. For one thing, he is still relatively new to the position that he is playing. Yet at the same time, he is ahead of the learning curve in terms of how to be a football player more generally speaking because of what he has been taught by his NFL brothers—and I mean literal brothers.

Over the course of the offseason, we have seen elements of both of his uncommon characteristics. In many ways, he has been virtually plug-and-play from day one, from understanding the defense and how to take care of himself and limiting mistakes. Yet there are still so many nuances to the specific position he is being asked to play that he is still learning.

Arguably the biggest hurdle that he faces is figuring out how to assemble an arsenal of pass-rush moves, which is not something that he had to do in college, and thus—well, didn’t do. But having the opportunity to go up against such an imposing physical specimen in Alejandro Villanueva has been helping him realize what he has to do to win on a play-to-play basis.

“Going up against a guy who’s 6’8” [actually officially listed at 6’9”], I don’t think I ever even saw a guy his size in college”, Watt mentioned during an interview yesterday on SiriusXM. “It was definitely different” from his experiences in college, he said. “We were feeling each other out throughout the summer, and once you get the pads on, you realize how long his arms are”.

Even though Villanueva is still relatively new to his own spot as well—and in that sense, I believe that both of them are helping each other—simply being tasked with getting around such a gargantuan left tackle who is also pretty agile has been testing the rookie.

“You can’t get into a guy on every single move”, he told the hosts of the show. “You have to mix things up because if you get in on him every single play he’s just going to start to grab you and hold on to you. For me right now, I’m just trying to make some moves and keep him guessing because you always want to keep the offensive linemen guessing”.

Earlier this offseason, Villanueva described Watt as an annoying player to go up against (in a complimentary way of course) because of his athleticism and his motor. Now Watt is finding out how annoying it can be to go up against such a large and agile blocker.

This should continue to be a mutually beneficial practice skirmish. Both of them will continue to present the other with scenarios that they have not faced before, or very often. As Watt learns how to beat Villanueva, Villanueva learns how to counter, and vice versa. I believe their character will ensure that they will continue to persevere and strive to get the upper hand. Perhaps this is a battle we will be highlighting for years. One can hope.