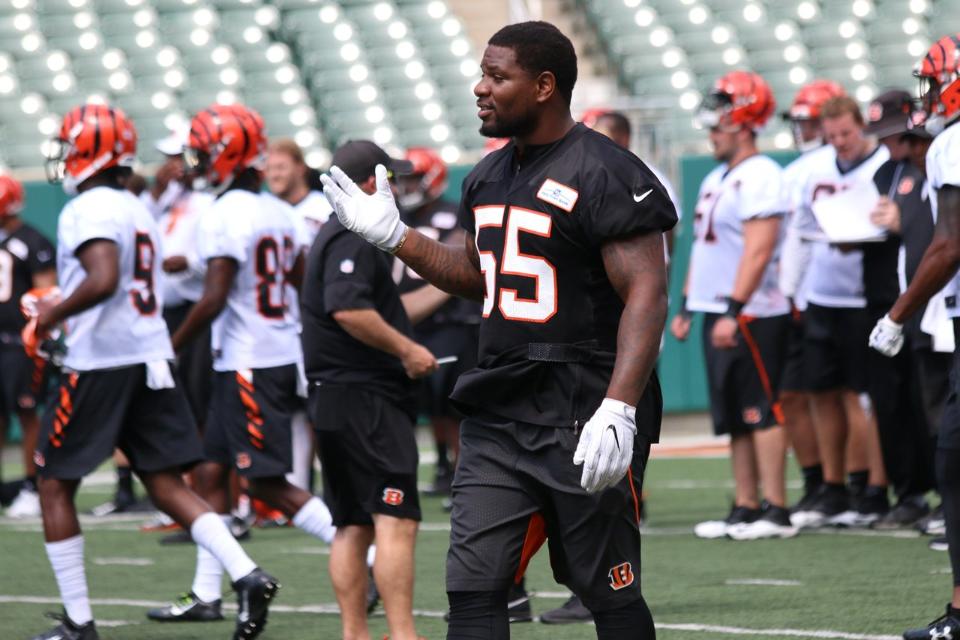 It would seem that the transition for Cincinnati Bengals linebacker Vontaze Burfict into a leadership role is not going so well in the early days of his finally being able to put pads back on and start hitting people.

The newly-appointed defensive captain took the opportunity to tackle running back Giovani Bernard—his teammate, who is returning from a torn ACL—in a non-tackling scrimmage session during yesterday’s practice, which served as the catalyst for somewhat of a brawl between the offensive and defensive units. Likely not the sort of unit cohesion that the Bengals were looking for.

As chronicled by ESPN contributor James Rapien, who was on-hand for the incident and got pieces of video of the scrum and select other moments of the aftermath, Burfict’s “ignorant move” did not sit well with many of his teammates and coaches.

Giovani Bernard got tackled by Burfict and it led to a scrum. Players weren’t tackling. Gio was okay. It was ignorant move by Burfict. pic.twitter.com/Biq6A2yBe1

Rapien notes that the Bengals’ running backs coach, Kyle Caskey, was especially displeased with the Pro Bowl linebacker after his player was tackled unexpectedly while working his way back to 100 percent from a significant knee injury.

Gio is just coming back from a torn ACL. RB coach Kyle Caskey screamed at Burfict (rightfully so).

He also notes that “it wasn’t a waist tackle”, but rather a “low thigh/high knee tackle”, which is exactly the last thing that you would want your running back returning from a knee injury to face, especially in a drill in which there is meant to be no tackling.

One other thing that he noted is that, in contrast to what happened in New England’s camp, where two players started to brawl and were dismissed from the practice field, Burfict remained out on the field and resumed his position as normal.

Of course, things do happen in training camp, every year, for every team. We always hear of scuffles among Steelers players, for example. It’s not out of the ordinary. There might even be an inadvertent tackle or two in non-tackling drills. It does happen.

As much as an outlier incident might be entitled to a defense, however, we all know that Burfict has a lengthy history of questionable and more than questionable behavior, which includes a three-game suspension for his on-field conduct that he served at the beginning of the 2016 season.

Still, his teammates back in May did install him as one of their new captains for the 2017 season, and at the time he said that he wanted to teach the younger players on the teach and make sure that they don’t make the same mistakes that he did.

That is difficult to do if you are unable to lead by example. The reaction to the incident from the entirety of his team shows that he was in the wrong. Tyler Eifert, also returning from an injury, even pulled him aside and spoke to him.

If he truly wants to do something about bullying, as he said back in June, while denying that he would use that word to describe himself, then perhaps he can stand to engage in a deeper level of self-reflection than he has up to this point.