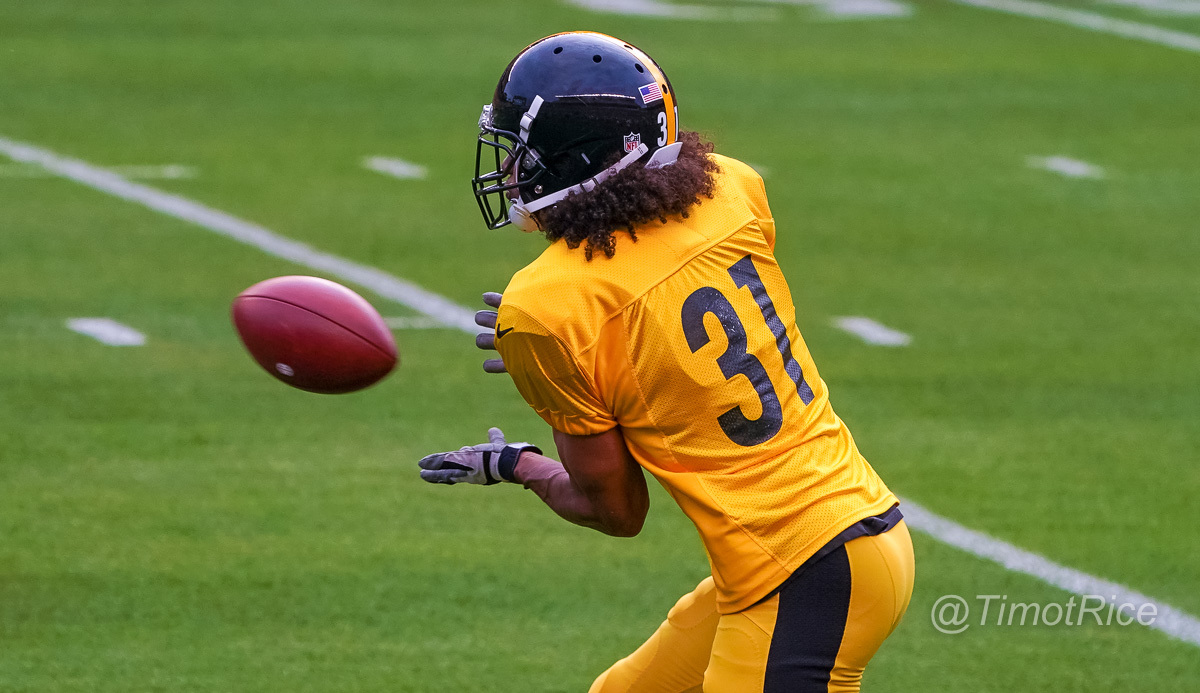 Two dogs. One bone. A phrase that usually has been reserved for wide receivers. Now, it can apply to the corners. At his Thursday afternoon press conference, Mike Tomlin said it’s fair to call Coty Sensabaugh and Ross Cockrell a two dog, one bone battle.

“It’s shaping up to be that,” Tomlin said when asked if this was a dogfight. “We’ll see. I know Coty has done enough to merit consideration. And that’s what this process is about.”

This comes on the heels of a tough game against the Atlanta Falcons, spring boarded off an equally difficult camp for Cockrell. Sunday, he got burned for a big play down the right sideline and should’ve allowed a goal line touchdown on a slant, only bailed out by the receiver dropping the pass.

Sensabaugh has had an impressive camp as the second team corner, also getting in first team work several days when Artie Burns missed time. His tape in the preseason has been strong, though it’s come against backups. His ball skills are better than Cockrell and he’s probably on the same playing field as a tackler, too.

Clearly, the Steelers are looking to shake up their cornerback group. They traded for Dashaun Phillips last night and have seemed to experiment with moving guys around during this week’s practice.

While it sounds like Cockrell is still going to start against the Indianapolis Colts, his leash has gotten shorter. It may have even surprised the team Cockrell wound up as the starter. Originally taken off the scrap heap of the 75 man cutdowns, not even claimed by the Steelers but added a week later, he quickly ascended to the #2 spot in 2015 due to a complete lack of talent at corner. Now, his time there could be coming to an end. Or at least, be sincerely challenged.