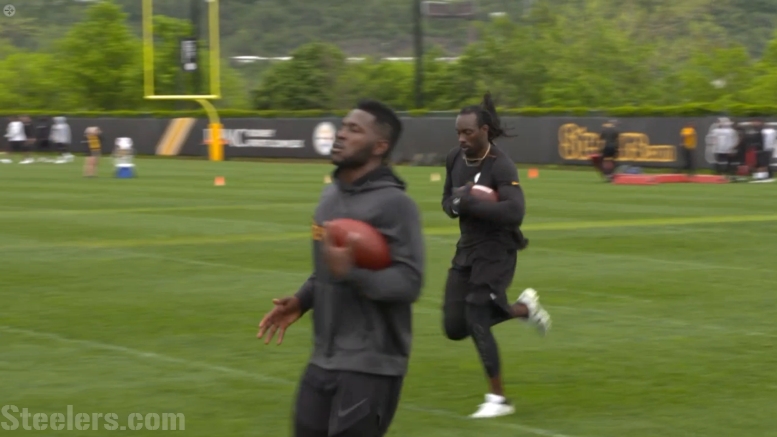 While the Pittsburgh Steelers may have earlier last week finally gotten some long sought-for relief on one front regarding their wide receivers with Martavis Bryant’s return to practice, the reality is that, as of this writing, we are still waiting on one more to make his preseason debut.

That would be another third-year wide receiver, 2015 third-round draft pick Sammie Coates, who remains on the Physically Unable to Perform List after having a minor operation on his knee between OTAs and training camp. He also had groin surgery earlier in the offseason, but did not have his injured hand operated upon.

There are many questions facing him as he enters not only a critical season, but also a very crowded depth chart. Due to a variety of concurrent circumstances, Coates was afforded the opportunity a year ago to begin the regular season as a starter, and he played well all-around until he suffered a hand injury that derailed the rest of the year for him.

While he has been making notable progress on his way back to the practice field, and earlier this week reportedly said that he was shooting to potentially resume practicing as early as today, it remains to be seen whether or not that is the case, and if patterns continue as they have, we will not know if that is the case until the players actually take the field.

Should he be able to get back on the field today, however, he will have the next three days to attempt to prepare himself for the Steelers’ second preseason game, and given how much of training camp he has already missed, which has given others the opportunity to gain some attention, one would think that he will be eager to get back on the field.

Even though he was an important early contributor last season, and a still fairly recent early draft pick, his roster spot right now is far from guaranteed, because the Steelers have not stopped trying to improve the wide receiver position after they found themselves short-handed last year.

The offseason additions of JuJu Smith-Schuster and Justin Hunter were significant ones that could ultimately make him expendable unless he shows otherwise. And with the return of Bryant, he would already be struggling to find playing time.

Perhaps the recent waiving of Canaan Severin can be taken as a sign in Coates’ favor that he will be back on the practice field soon; let us hope that is the case for his sake. He showed last season that he can be an asset for the Steelers on offense, and then on special teams as well. Now he has to show that he can still be that same player.