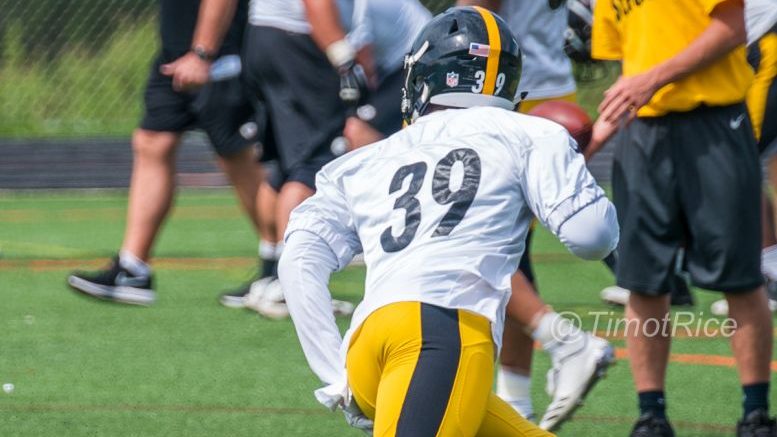 Winners/losers after the Pittsburgh Steelers drop their first game this season, a 19-15 loss to the Indianapolis Colts.

Xavier Grimble: This was the sort of game Grimble needed to quiet any doubts about his roster spot. Did well as a blocker and made a great catch in the red zone, an area where these tight ends have to succeed.

Terrell Watson/James Conner: Lumping both of them together. Similar guys, similar reports. Ran hard. Watson showed good hands out of the backfield and picked off a first down on 3rd and long. Good showing for both.

Antonio Brown/Ben Roethlisberger: Procedural move here. Both were excellent and the turnover not Roethlisberger’s fault. Brown made a great adjustment behind his back for one third-down conversion and showed off his patented YAC ability, picking up several yards after running a simple curl route.

Vince Williams: Though he gave up a reception late in the third quarter, he played the run well, just as you’d expect. On a day where the run defense looked shaky.

Eli Rogers: Quietly strong game. Led the Steelers with five catches for 58 yards. Had gains of 14, 10, 12, and 15 yards, and one third down conversion. Showed YAC and was quick to the tuck.

Cam Sutton: The secondary has been rightfully trashed all preseason so seeing Sutton step up was a welcome sight. He played the run well and had a third down breakup. Might be too late for him getting the slot job, though I don’t think it’s impossible, but at the least, he’d be interesting to use in dime packages.

Ross Cockrell/Robert Golden/Artie Burns: Feels like every week I end up lumping most of the secondary together. Cockrell gave up another long completion, and Mike Tomlin showed he was serious about the CB battle, rotating in Coty Sensabaugh with the 1’s. Golden missed a tackle on Donte Moncrief’s big gain on the first play the Colts ran. And Burns struggled with his run fits and needed to play catch points better.

Cobi Hamilton/Justin Hunter: More lumping. They both played as reserves. Hamilton dropped an easy pass while Hunter failed to catch one. Darrius Heyward-Bey showed what makes him a strong special teamer and Sammie Coates ran over him, getting more involved in the offense.

Jesse James: James’ game was as bad as Grimble’s was good. (Ed Note: one catch on three targets) including a third down incompletion that yes, would’ve been a heck of a catch to make, but the ones that a tight end like him has to come down with. Needed to tuck the ball away quicker, at the least, to avoid getting exposed. His blocking, especially in space, has been an issue during camp, standing around to watch a bubble screen for Martavis Bryant get blown up. Issue there last week, too.

Alejandro Villanueva: Certainly not his best outing tonight. I do put a little on the rotation at left guard, Ramon Foster not seeing a ton of camp or game action, which can always make linemen uncomfortable, especially a create of habit like Villanueva. But he struggled to seal the edge even when one-on-one. Not very concerned but grading it fairly, it was a poor performance.