The Pittsburgh Steelers will play their third preseason game of 2017 Saturday night at Heinz Field against the Indianapolis Colts and on Tuesday the team released another depth chart ahead of that contest.

The most noticeable thing on the latest team depth chart is the list of players who are not participating as of August, 22 and it includes quarterback Landry Jones, wide receiver Demarcus Ayers, running back Le’Veon Bell, center Maurkice Pouncey, cornerback Cameron Sutton, safety Mike Mitchell, cornerback Senquez Golson, and outside linebacker Keion Adams. In case you missed it, these are the same eight players who were listed as not participating on the team’s second depth chart that was released last week.

On the surface, the depth chart this week matches the one that the team released last week as I have failed to notice any changes. That’s not very surprising, however.

Steelers head coach Mike Tomlin will meet the media later in the week to preview the upcoming game against the Colts. 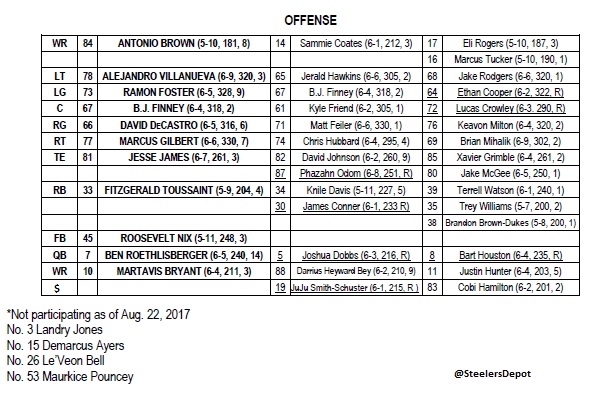 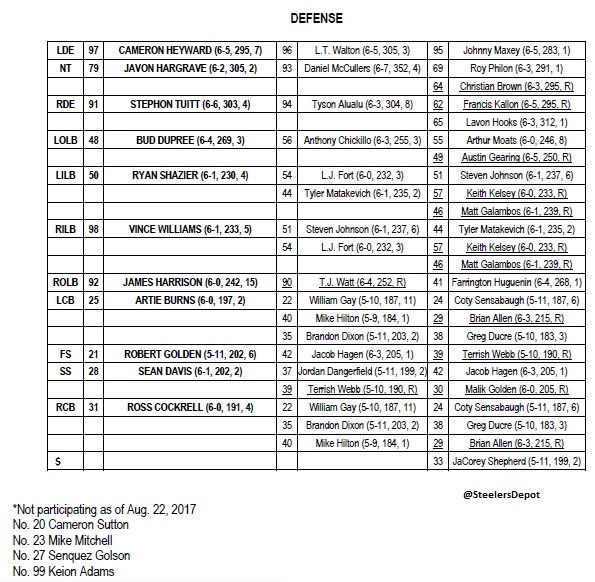