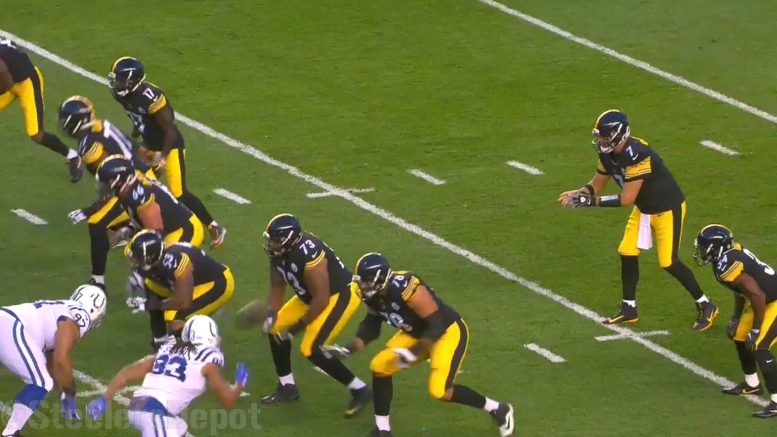 One of the positives to take away from the Pittsburgh Steelers’ offense this preseason that is, in contrast to last season, they have done a good job of avoiding pre-snap penalties, with only three so far through the first three preseason games, and only one of them have been attributed to a starter.

That one pre-snap penalty from a starter came against center Maurkice Pouncey on Saturday night while making his first appearance of the preseason, flagged for a false start in the middle of the Steelers’ second drive. The offense quickly made up for it with a 15-yard reception on first and 15.

Both of the other pre-snap penalties on the offensive side of the ball came during the fourth quarter of the second preseason game, when tackle Brian Mihalik was flagged for an illegal formation penalty, setting too far back on the right side. Near the goal line, on third and goal, the offense also failed to get off a play before the play clock expired with Bart Houston at quarterback.

There have been a few holding calls over the course of the three games—on Mihalik, Keavon Milton, and most recently, Xavier Grimble—and, oddly, David DeCastro has now twice in two games been docked for being an ineligible man downfield trying to block ahead of screen passes that were slow to get off, but by and large, the offense has been pretty disciplined so far.

Should that continue into the regular season, it would be a nice change of pace from a year ago, when especially DeCastro had quite a hard time playing clean—or at least getting away with things. He had a number of holding calls go against him, and had his share of false starts.

When it comes to his two penalties this preseason so far, they need to be understood in context, as those screen passes require timing and rhythm, and the blockers only have so much knowledge of what is going on behind them, so they have to play on instinct based on when they are able to move down the field and start throwing blocks. It’s difficult to have that with backups.

There were too many occasions from a year ago in which the Steelers hurt themselves on promising drives by committing untimely penalties, and while DeCastro may have been the primary culprit, he was not the only one.

During halftime of the last preseason game, Head Coach Mike Tomlin talked about the offense beating itself, rather than the opponents beating them. This offense is too talented to falter because of its inability to trip over its own feet. I think the preseason in that regard has been promising so far.