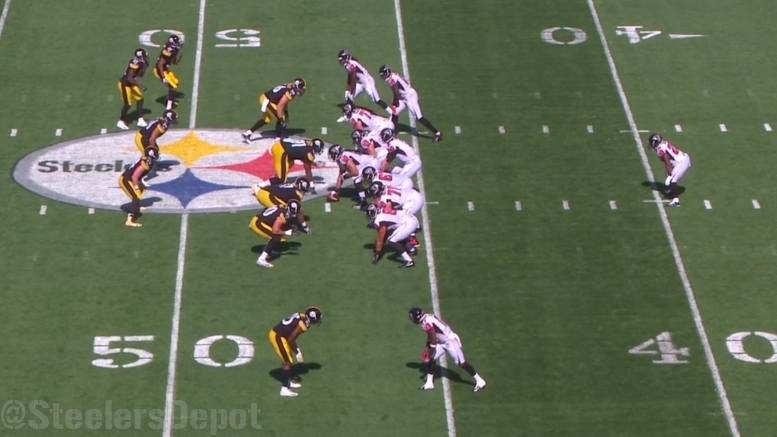 The Atlanta Falcons’ potent, rapid-paced offense exposed a key flaw in the Pittsburgh Steelers’ defense that the players on the field believed earlier this summer that they had addressed and gotten a handle on.

No, it’s not the fact that everybody on the defense is mediocre or worse and they all need to be cut and the coaches need to be fired. I just wanted to nip that in the bud right off the bat.

The problem is communication, and according to those who were on the field—or on the sidelines—the Steelers defense realized going up against the Falcons on Sunday evening that they still have work to do when it comes to communicating with one another quickly and clearly.

The good news is that the problem is believed to be quite solvable. If so, then we can at least find a silver lining in the first-team defense’s performance in that game, which was, by and large, sub-par to say the least, when it comes to the passing game.

Outside linebacker Arthur Moats, who started in the first preseason game, but not against the Falcons, despite playing extensively, believes that they did some good things, but “at the same time there is room for improvement”, and he had one area in mind.

“I feel like from a communication standpoint we can continue to get better”, he told Teresa Varley yesterday following Sunday’s game. “We had some issues that we thought we put to bed last year. They rose back up”.

He pointed out that such communication struggles “can become an issue” if “you don’t put emphasis on it”. He said that you don’t see those types of things happen during practices. “Until you have a team like the Falcons with the tempo in there on offense, you realize why we have it in place”.

But perhaps they have slacked off on it, and will have a short turnaround trying to fix it in time for Saturday’s tune-up game. “Now that we have seen it in a stadium, we know we can put emphasis on the communications, hand signals so if we see it again we are taken care of”.

Communication problems were the glaring weakness against the Patriots in the AFC Championship game, far more than anything else. New England was able to exploit the defense simply by audibling to ideal matchups and the Steelers being unprepared to respond appropriately.

Mike Mitchell said at the start of training camp that he was happy with where the communication level was on defense. Now he knows there is still work to do. He admitted that there is a “sense of false security in practice” because you don’t see the same intensity and tempo as you might in-game.

“Communication needs to get better”, he concurred with Moats. And one way to help that would be for him to get back on the field, as he is one of the most important communicators on the unit, and he has missed both games so far.