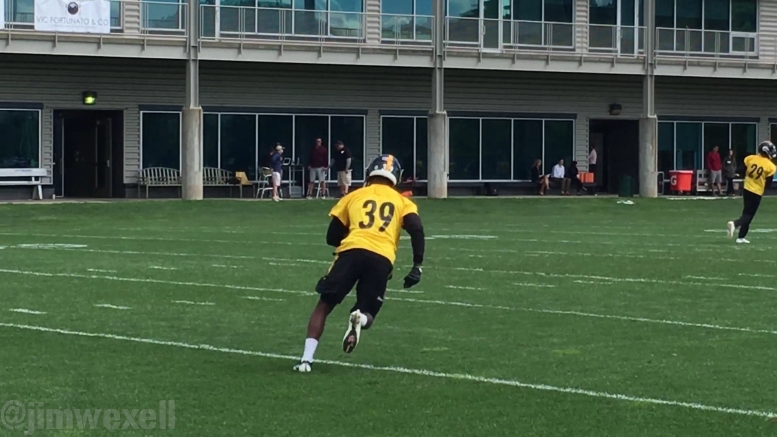 Even though it does not need to be done for several days from now, do not be surprised if the Pittsburgh Steelers already begin trimming down their roster over the course of the next day or two ahead of the preseason finale.

General Manager Kevin Colbert admits that he is not a big fan of the new rule that eliminates the first cut down from 90 to 75, instead limiting the process to just one cut from 90 to 53 after the final preseason game, but that is not necessarily due primarily to how it affects his own team.

Because the reality is that there is no obligation for teams to retain a 90-man roster at any point during the offseason. They could cut their roster down to 53 players tomorrow if they wanted to. The roster cuts are simply deadlines by which the moves have to be made, and do not prevent you from doing it sooner.

Some teams have already started to trim down their roster. The Patriots, for example, have already waived Kony Ealy, and yesterday released two more players. They have not added any players to replace these three spots on the roster, and they do not have to do so.

And it would not be new for the Steelers, either. Just last season, they completed their cut down to 75 players prior to the deadline, with the majority of the cuts being made three days prior to the deadline, and a few straggling moves coming the day before. Colbert told Ed Bouchette during training camp that it’s likely they won’t carry 90 players into Thursday’s game.

While there are some advantages to having only one deadline—obviously, it gives you more options to play players during the final preseason game, which prevents the likelihood of having to play an important player late in a meaningless game—it can also simply get crowded, and there are players who are just ready to move on, knowing they won’t be making the roster.

Some cuts this year would not be too difficult to make right now. Christian Brown, for example, an undrafted free agent rookie defensive lineman, has not gotten much work. Austin Gearing, Terrish Webb, Ruben Carter, and Justin Thomas would be easy enough moves to make that would have virtually no effect on anything.

Not that I’m in any rush to see people start losing their jobs, but I do have a feeling that we will see the Steelers making some cuts prior to the fourth preseason game, and I figured that it makes more sense to write about it before it happens than after.