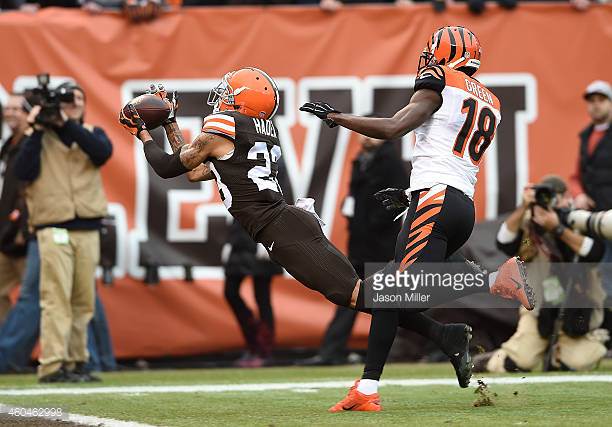 Of particular note is the fact that the former Pro Bowl had not one but two groin injuries that he played through during the 2016 season. He got those surgically repaired during the offseason, but one wonders how far back he may be from that.

Never a burner to begin with in terms of pure straightline speed, Alex Kozora’s tape review posted on here yesterday saw him come away concerned about his ability to recapture the speed that he formerly played with that allowed him to excel when he was at his best.

What Haden is going to introduce into the secondary, it seems, is more boom-or-bust potential. While much has been made about his ability to make plays on the ball, it should be noted that Ross Cockrell did have 14 passes defensed a year ago, though he had no interceptions.

Haden will likely be able to make more plays on the ball—it helps when he is more capable of playing press coverage, which he will no doubt be asked to do more frequently than was Cockrell—but it is also reasonable to assume, based on his results from last season, that this will also lead to some more big plays being given up.

It depends, of course, on how the Steelers play their coverage around him. The Browns didn’t always give him the sort of safety help that Pittsburgh typically allows their cornerbacks, so that could mitigate some of the risks, but it would also not allow the defense to take full advantage of the assets a press corner can bring.

This really rests so heavily, however, on his health, and while he did pass a physical for the Steelers before the deal was finalized, it has been said that he has looked as though he is not all the way back, as though he is playing tentatively, waiting for the next injury to happen.

What’s done is done, however, and all that’s left to do is to see how it plays out. The Steelers rolled the dice and placed their wager. It will take a few months to find out just what was cast on the penultimate day of August.