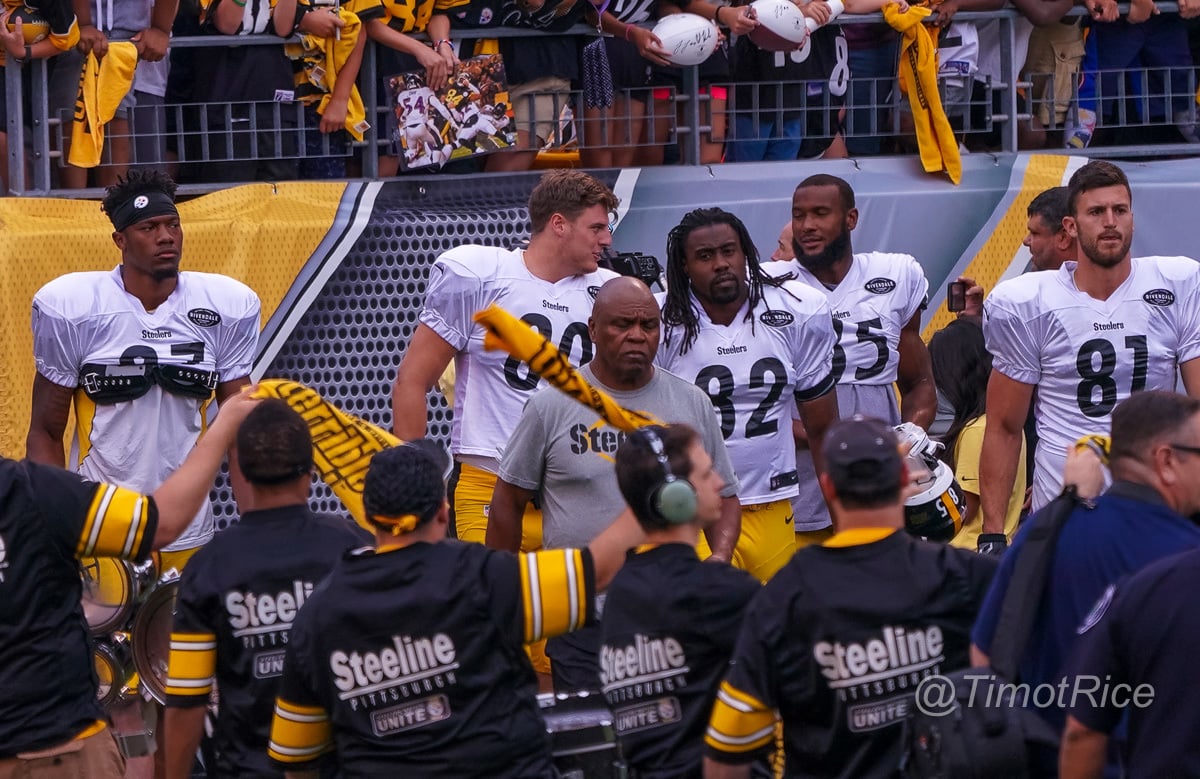 While the Pittsburgh Steelers certainly bear some responsibility for the position that they find themselves in at tight end on the offensive side of the ball, the reality is that they do not have among them any player at the position who should be regarded as a full-time starter.

And I can’t help but wonder if it would be in the Steelers’ best interests to avoid attempting to force the issue with Jesse James, who seems to be more of a Matt Spaeth than Heath Miller. Yes, he is young, and yes, he is still developing, but while he is young and developing, he is not giving the team the quality of play that his reps would suggest.

The former fifth-round draft pick out of Penn State is a classic jack of all trades at the position while being a master of none. He can perform at least passably in all of his responsibilities often enough, but there is nothing at which he excels, nor executes with consistency.

Being a local product, he has a built-in fan base, and I’m sure that they won’t be all that thrilled with this article, but I think it would be wise for the coaching staff to approach the position this year with the assumption that they do not have a starting tight end, and instead tackle the assignments by committee.

Both David Johnson and Xavier Grimble, assuming that they are the two other tight ends who round out the roster, are capable players at the group. There are things that they do better than James does. So why not make greater use of them?

It’s not as though we have not seen that. In the couple of games prior to Ladarius Green’s activation from the Physically Unable to Perform List last season, for example, Grimble was taking a lot of snaps in the no-huddle and four-minute offense. Late in the year, the Steelers had a package for Johnson in run-blocking situations as the lone tight end.

I think these are the ideas that the coaching staff should build off of this season, rather than attempting to do again what they did at the start of last season, which was essentially to act as though James was already a legitimate starter, hardly ever even coming off the field as though he were Heath Miller.

To put it plainly, that was too much to ask of him. It would be more accurate to say that the Steelers have a depth chart filled with number two tight ends than to say that they have a clear one-two-three hierarchy, and they should embrace that until they actually have somebody who can claim the spot as their own.