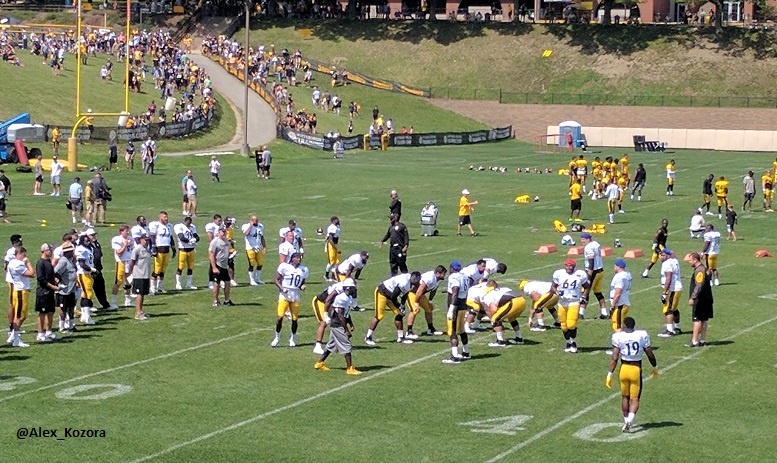 The Pittsburgh Steelers Sunday training camp practice is starting to get underway at Saint Vincent College in Latrobe and initial reports indicate that the team might just be a little healthier than they were entering their Friday night preseason opener against the New York Giants.

According to Alex Kozora, the players who are not in pads for the start of Sundays practice are Landry Jones, Maurkice Pouncey, Ryan Shazier, Senquez Golson, Mike Mitchell, Demarcus Ayers, Keion Adams, Anthony Chickillo and Sammie Coates. All nine of those players have missed considerable time so far during training camp and Coates remains on Active PUP.

With those dressed players now identified, it’s worth noting that Alejandro Villanueva, Justin Hunter, Artie Burns, James Conner, Cameron Sutton, Sean Davis, and Bud Dupree are all reportedly wearing their pads ahead of practice starting. We’ll now have to see what level of participation they each have as Sunday afternoon progresses. All of those players sat out the Friday night preseason opener against the Giants.

In a related note, JuJu Smith-Schuster is also in pads Sunday after leaving the game Friday night with a possible concussion. Additionally, Martavis Bryant is in pads for the first time since training camp started.

Kozora will have a full recap of which players were able to do what later on this evening in his daily diary.