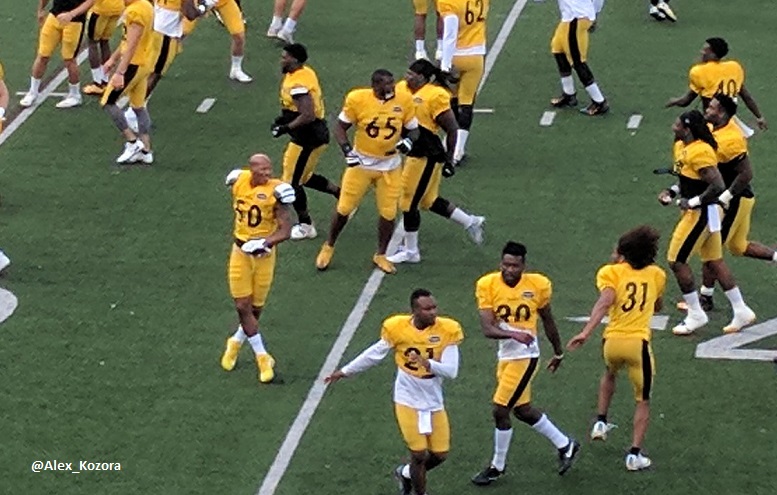 The Pittsburgh Steelers final open training camp practice of 2017 included the return of one injured player to the field as linebacker Ryan Shazier was back in pads for the first time since August 3rd.

While Shazier did take part in some of the team portion of practice on Friday as well as individual drills, the linebacker and former first-round draft pick said after the session was over that he isn’t likely to play Sunday when the Steelers play the Atlanta Falcons at Heinz Field, according to Ray Fittipaldo of the Pittsburgh Post-Gazette. He has reportedly been dealing with a hamstring injury most of training camp.

“I definitely want to get out there so I can get warmed up into the season,” said Shazier, according to Fittipaldo. “You don’t want to go out there without any action against anyone else and be rusty. If I get the chance I’ll go out there, but that’s all coach Tomlin’s decision.”

Assuming Shazier doesn’t have a setback next week, perhaps there’s a chance he’ll play in the Steelers third preseason game a week from Saturday against the Indianapolis Colts.

In other injury news, rookie running back James Conner reportedly didn’t do much of anything on Friday, according to Alex Kozora. Conner was unable to finish the team’s Thursday practice as well and now it will be interesting to see if he makes his 2017 NFL debut Sunday night against the Falcons. For what it’s worth, Steelers head coach Mike Tomlin gave no indication earlier in the day that the team’s second of two third-round draft picks this year won’t play Sunday at Heinz Field.

“He is scheduled to play, and I haven’t thought about utilization of him relative to his circumstance,” said Tomlin about Conner, who missed the preseason opener with a shoulder injury.

A few other veteran starters might ultimately be held out of the Sunday night game by Tomlin as well.