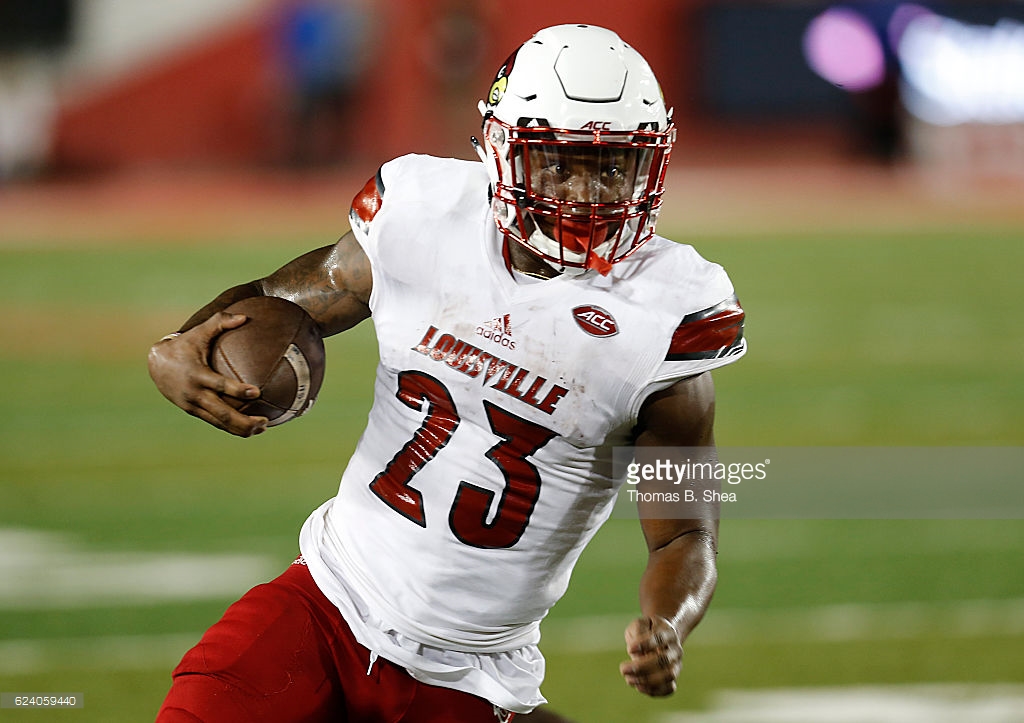 With Pittsburgh Steelers rookie running back James Conner currently dealing with a shoulder injury, the team is using their off day to work out at least one free agent.

According to Peter Ariz on Twitter, the Steelers are working out former Louisville running back Brandon Radcliff on Tuesday.

Radcliff, who originally signed with the Indianapolis Colts as an undrafted free agent back in May, was a three-year starter at Louisville. He ran for 903 yards and six touchdowns, averaging 6.5 yards per carry, in 2016 and totaled 2365 rushing yards over four seasons. He was waived by the Colts in early June.

The fact that the Steelers are bringing in running backs to look at on their off day might not be good sign when it comes to Conner, who injured his shoulder during Sunday’s practice.

Conner, who missed Monday’s practice with his injury, was sent to Pittsburgh to have his shoulder further evaluated. He was spotted on Sunday and Monday wearing a sling on his left shoulder.