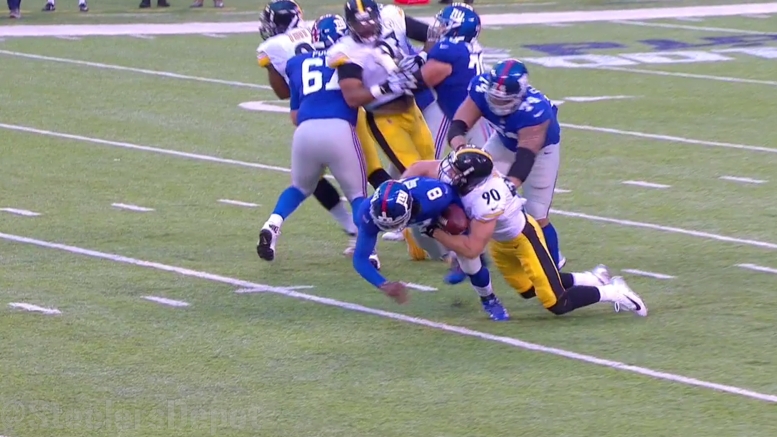 I have to confess that I have been waiting to use this title since it was announced-sort-of that T.J. Watt could possibly enter the 2017 regular season as a starter. I admit that it’s not a particularly good nor creative title, but there it is nonetheless.

It is an important one though. It’s not about whether we are ready or not. Is he? He has evidently been looking the part, looking like the real deal, pretty much since the day that he was drafted, but when it comes time to get right down to it, is he going to be able to deliver a starter-quality season right off the bat?

This second preseason game is not going to be what determines that, but it will be a big data point to add to what we already have, and most importantly, what we will be looking for this evening is to see if and how he can build upon what he was able to achieve during the first game.

A more scrutinizing observer would certainly have reason to pump the breaks on Watt from the preseason opener. Obviously, neither of his sacks were of the traditional variety, cleanly beating the left tackle either inside or outside for a self-created pressure.

He did draw other pressures, but a lot of his work actually came on the left side of the defense. In fact, the majority of his playing time during the game came on the left side, and, presumably, he is not going to be expected to play there a lot if he is in the starting lineup.

Watt showed quite a bit during his first taste of action. While I do not feel that we got too great of a look at him in run support—and is something that I would like to play closer attention to this time around—he displayed a knowledge of pass-rushing mechanics, even if it wasn’t always effective, and he dropped into coverage well.

But, as mentioned, his pass rush needs work. He gets ‘stuck’ a lot. He doesn’t get run up the arc too often, but he was forced to vacate his lane a few times and opened an escape for the quarterback. He slipped on the Giants’ turf, but so did others. I don’t think I like that field.

He made mistakes, but he also learned from them. He bit on play-action a couple of times early in the game and then adapted later on. He was able to chase down one play-action bootleg to pressure the quarterback and, if I recall correctly, for an interception. Earlier in the game, he would have taken himself out of the play.

Basically I want to just see him keep learning and keep making incremental improvements. He knows the pass-rush moves, but he still needs to work on making them more effective, how to put them together, and how to use them in concert with his full repertoire to set things up in the future.

This is not to dump cold water on what has been a pretty much non-step Watt lovefest since the spring, but if we’re talking about him being in the starting lineup, there are things that need to be improved upon.