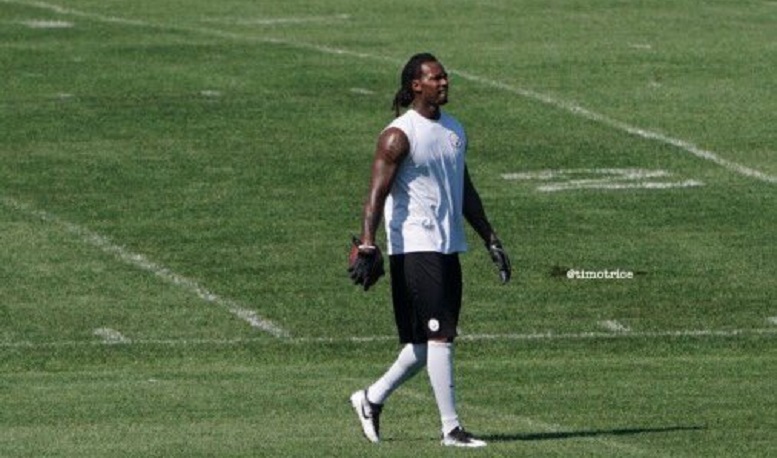 Stop me if you’ve heard this before.

According to Ian Rapoport of the NFL Network on Wednesday Pittsburgh Steelers wide receiver Martavis Bryant might be cleared to resume practicing with the team in a few more days.

Per Rapoport’s report, Bryant is now “waiting for the doctors and the counselors, people who saw him, to hand in their letters, get the paperwork cleared with the NFL, have the league process that, and then make him officially conditionally reinstated.”

Official word could come down in the “next couple of days,” Rapoport said.

The latest on #Steelers WR Martavis Bryant and what is taking so long… pic.twitter.com/KhbEQbr9dF

On Sunday, Gerry Dulac of the Pittsburgh Post-Gazette reported that the Steelers were thinking Bryant would be cleared to return this week, per a team source. As we all know by now, that didn’t happen and Bryant still isn’t practicing with the team as of Wednesday afternoon.

Steelers head coach Mike Tomlin said Wednesday that he has “no idea” when Bryant will be cleared.

The Steelers are currently holding their final open training camp practice prior to traveling to New York for the 2017 preseason opener and that means they won’t be back on the fields of Saint Vincent College until Sunday. Will Bryant be cleared to resume practicing by then? Who the hell knows.

At some point, one of these reports is bound to be right, right? At least we all hope. For now, however, you can count on Bryant not playing Friday night and you can take that to the bank.