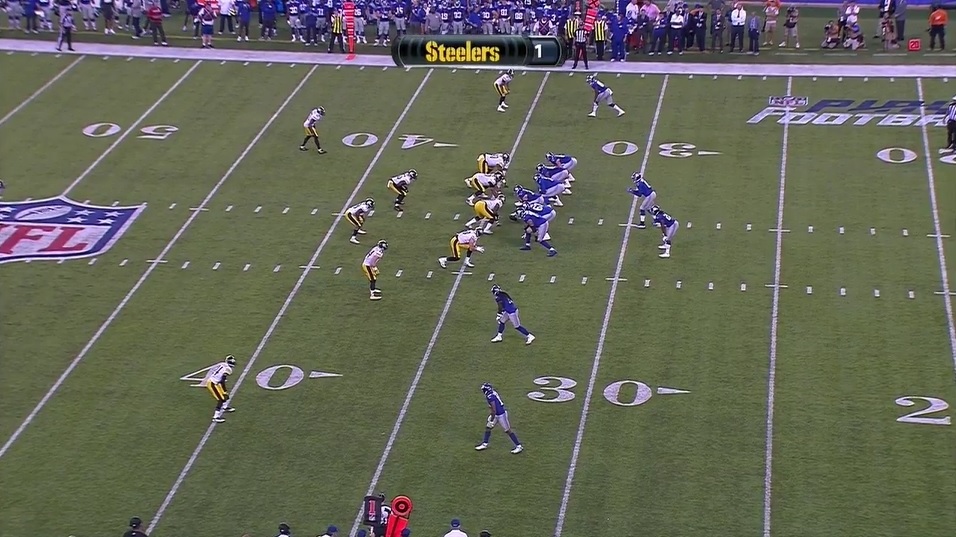 We are just going through the Pittsburgh Steelers’ preseason opening win over the New York Giants. As we’ve done for years now, we chart the Steelers’ offense and defense. I do the latter charting and found something very interesting from Friday’s game.

Here’s the short of it: On 32 of 53 snaps versus 11 personnel (3 WR sets) the Steelers remained in their base 3-4 defense. That’s something the defense hasn’t done to that degree under Keith Butler.

In 2015, the Steelers’ regular season defense remained in base versus “passing personnel” (mostly 11 personnel) just 2.6% of the time. There was a small bump last year to 6.4%. And in Game One against the Giants, that number showed a crazy spike up to 60.4%.

That wasn’t just after the starters left. In fact, the opposite. The stats skewed a bit at the end with the Giants in their hurry-up offense and the Steelers stayed in nickel. When the game was early/close, and the starters in, base was the dominant package.

But last year’s minor uptick did seem to indicate a change. And Friday, Butler may have knocked that door down against the Giants. I don’t expect the Steelers to actually play base that often all the time but it’s an idea that makes sense. For three reasons.

1. It’ll greatly improve the Steelers’ run defense. Obviously, in nickel, with the nose tackle removed, run defense becomes much more difficult. Your down linemen are more susceptible to getting doubled and the center is freer to get to the second level. In base, the Steelers allowed 3.5 YPC last year. In sub-package, that number spiked to 4.8. That’s something you gotta solve when you’re in nickel so often.

2. It gets Javon Hargrave on the field more often. Even recognizing Cam Heyward and Stephon Tuitt need a break, there still aren’t a lot of snaps available for Hargrave if you’re in base 25%. Staying in base gets that weapon on the field. And someone who can get after the passer. It’s a concept we wrote about last month.

3. Sean Davis can play the “slot.” Given his cornerback background in college and a little bit last year, he can play over the #2 receiver inside. Now that he has a year under his belt, it’s less of an issue asking him to wear another hat. And when you consider the benefits of #1 and #2, it’s worth that tradeoff.

It’s something we’ll certainly monitor throughout the rest of the preseason, especially the all-important tune-up game in Week 3. If the Steelers can bump their usage to about double that of last year, to around 14-15%, they’ll be better off for it.