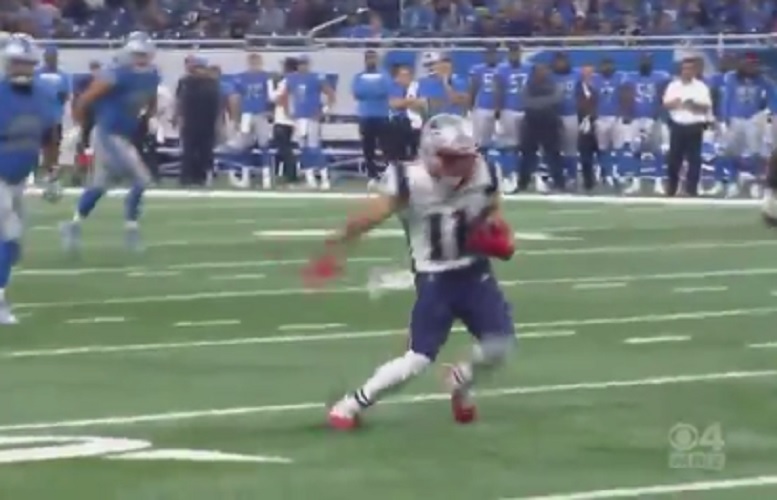 As expected, the New England Patriots offense looked ready for the start of the regular season in their Friday night preseason game against the Detroit Lions but with that said, it appears as though they’ve now lost wide receiver Julian Edelman for the year due to a knee injury he suffered early in that contest.

According to Albert Breer of MMQB.com, Edelman suffered a complete ACL tear in his right knee Friday night and thus is expected to miss the entire 2017 season. He had caught three passes for 52 yards against the Lions before suffering his injury.

While the Patriots loss of Edelman is obviously big, it’s not like they don’t have other potent wide receivers on their roster. Chris Hogan, Danny Amendola and Brandin Cooks are all experienced players and as long as tight end Rob Gronkowski remains healthy, Patriots quarterback Tom Brady will certainly have plenty of receiving weapons to choose from. Edelman, however, did catch 98 passes for 1,106 yards and three touchdowns last season.

The Patriots are still expected to run away with the AFC East division in 2017 despite Edelman’s injury and also figure to compete for the top seed in the conference once again. While the Pittsburgh Steelers will play the Patriots during the 2017 regular season, that game at Heinz Field won’t take place until Week 15 and as we all know, a lot can change between now and then and especially when it comes to injuries for both teams.

In case you may have forgotten, Edelman caught 17 passes for 178 yards and a touchdown last season in the two games he played against the Steelers and that includes the AFC Championship game.

The Patriots will open up their 2017 regular season at home on September 7 against the Kansas City Chiefs and they’re still considered heavy favorites to win that game even after losing Edelman.