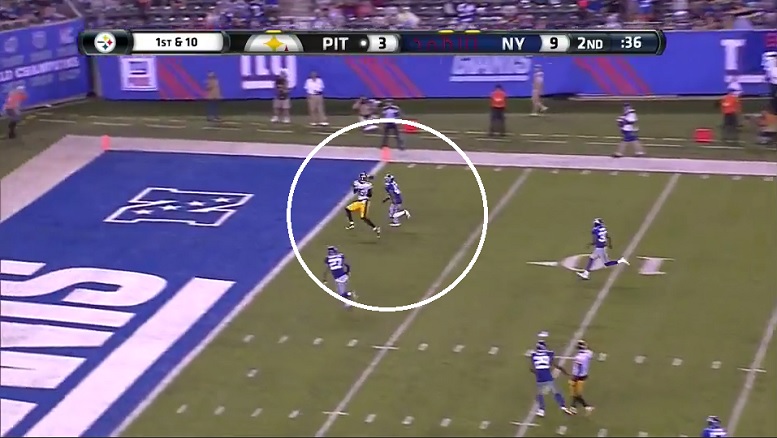 Pittsburgh Steelers rookie quarterback Joshua Dobbs made his preseason debut Friday night against the New York Giants and after a shaky start, the Tennessee product calmed down somewhat. Dobbs completed 8 of 15 pass attempts for 100 yards with a touchdown and two interceptions in the game. He also had another touchdown pass wiped out by a holding penalty.

Below are several breakdowns of Dobbs’ pass attempts against the Giants. First is a video that shows his throw locations. That is followed by a play-by-play breakdown complete with snap to throw times and pass distances along with a quick recap of what happened on the play. Lastly, you’ll see a passing chart complete with legend.

After watching each of Dobbs’ pass attempts, it’s clear he needs to work on his accuracy as several of his throws were high. He was saved by some nice catches by his intended receivers. Out of the pocket and on the move, Dobbs delivered some nice throws. Additionally, his two touchdown passes, of which one was nullified by a penalty, were probably his best throws of the night.

I have his average snap to throw time at 2.86 seconds and his average passing distance past the original line of scrimmage at 10.1 yards.

For a first NFL performance, Dobbs wasn’t overly impressive and that’s understandable. We now how a starting point with him to compare to his future preseason showings to see how he improves. 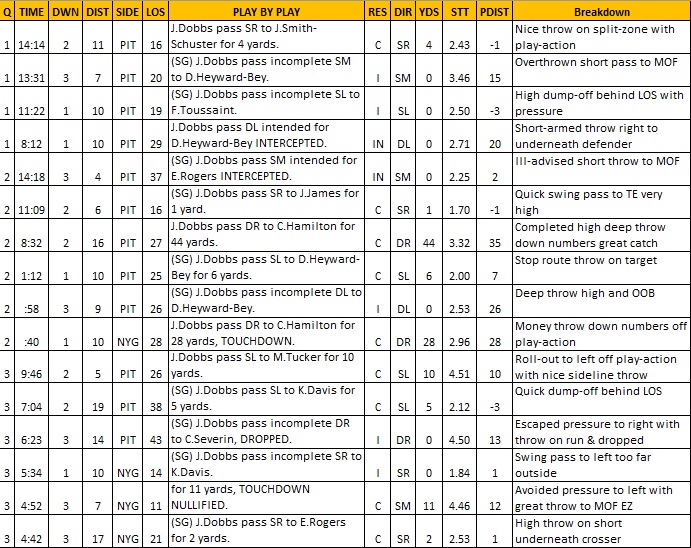