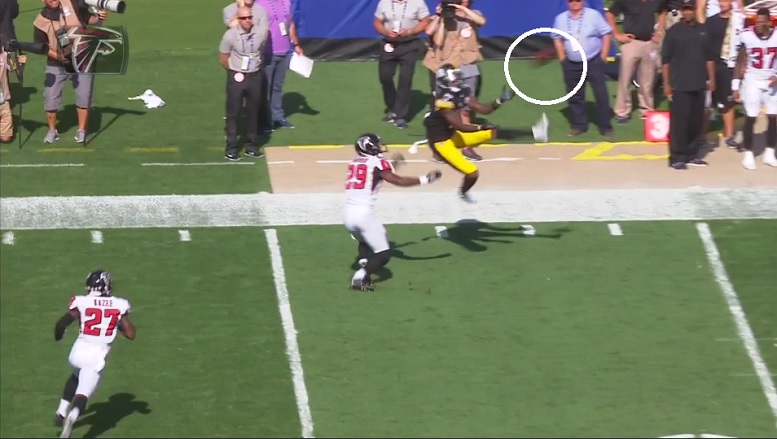 Pittsburgh Steelers rookie quarterback Joshua Dobbs made his second preseason start Sunday night against the Atlanta Falcons and the Tennessee product really didn’t take too many steps forward in his development.

Dobbs completed 10 of 19 pass attempts for 70 yards on 22 total throws. He did not throw a touchdown pass in the game and his last attempt was an ill-advised toss while going to the ground that was ultimately intercepted.

Below are several breakdowns of Dobbs’ pass attempts against the Falcons. First is a video that shows his throw locations. That is followed by a play-by-play breakdown complete with snap to throw times and pass distances along with a quick recap of what happened on the play. Lastly, you’ll see a passing chart complete with legend.

Now, it should be noted that three of Dobbs’ pass attempts were dropped. Two were short passes to running back James Conner while another pass down the middle of the field couldn’t be secured by tight end Xavier Grimble. That incompletion was wiped out by a defensive holding call, however, and thus did not go in his official passing stats.

Dobbs, as you can see in the charts below, attempted throws of various lengths. All of his deep throws down both sidelines seemed to be underthrown balls and it’s unclear as to how many were intended to be back-shoulder varieties. Wide receiver Martavis Bryant made a nice adjustment on one of those early deep throws for a gain of 23 yards, the longest completion the Steelers offense had in the game.

Dobbs still has a few accuracy issues he needs to clear up as a few of his throws were high while another one of his incompletions was a low throw to wide receiver Darrius Heyward-Bey on a slant-route.

The main positive takeaway from Dobbs’ Sunday night showing was his pocket presence as he seemed to have a good feel for when to step up. Even so, he has a long way to go in his development.

I have Dobbs’ average snap to throw time at 2.51 seconds and his average passing distance past the original line of scrimmage at 7 yards. 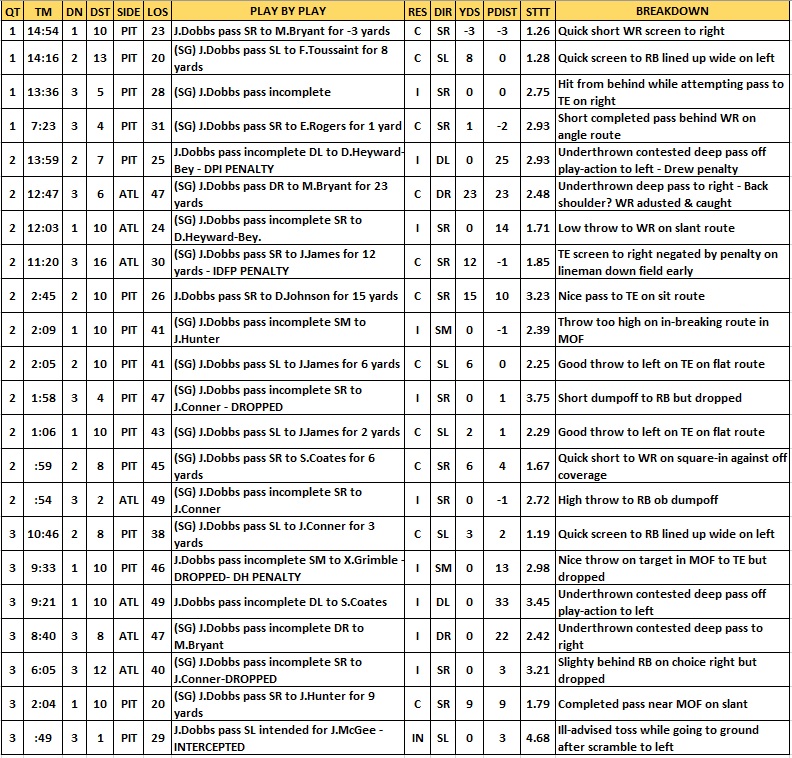