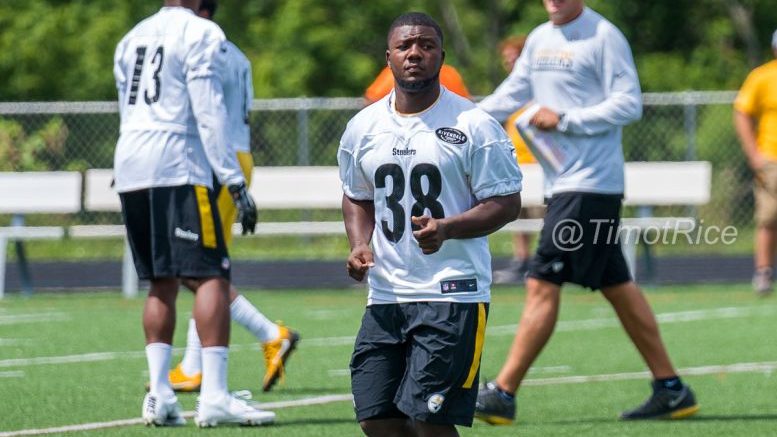 Second-year running back Trey Williams has been around the block. While he was not even on a roster at any point during the 2016 regular season, he is already on his sixth different team since originally signing with Washington as an undrafted free agent in 2015.

While he initially made their practice squad, the Cowboys poached him late that season, though he was inactive for all the time he was there. Williams was waived after four games and claimed by the Patriots, eventually being waived again and this time being re-signed to their practice squad.

And then he was released from the practice squad soon after. In yet another case of intradivisional pickpocketing, the Dolphins signed him the next day, but for the second time in a month and a half, he was poached off of a practice squad, this time signed by the Colts. I can’t help but wonder how often a player has been signed off of another team’s practice squad twice in the same season.

He was active for two games for the Colts and got two carries for 12 yards. He spent the offseason with Indianapolis, but he did not make their 53-man roster, and this time, he went unclaimed and unsigned for the entire year. The Steelers finally gave him a Reserve/Future contract in February.

And now he’s hoping for a chance here. Despite his diminutive size at 5’7”, he backs it up with about 200 pounds, and he has learned to embrace the physical aspect of the position since his college career. And he has a productive history. While he got just 204 carries during his college career over three years, he turned that into 1343 yards and 18 touchdowns.

With solid workout numbers including a 4.49 40-yard dash, a 4.12 short shuttle, a 6-84 three-cone, and 18 reps on the bench press, there is more to Williams than meet the eye, and he certainly has his fans among the coaches.

But he has a lot of competition for a roster spot, or even opportunities, with or without Le’Veon Bell. He would really need to have an exceptional training camp to make the 53-man roster. More likely, he stands to compete with Terrell Watson for a spot on the practice squad.