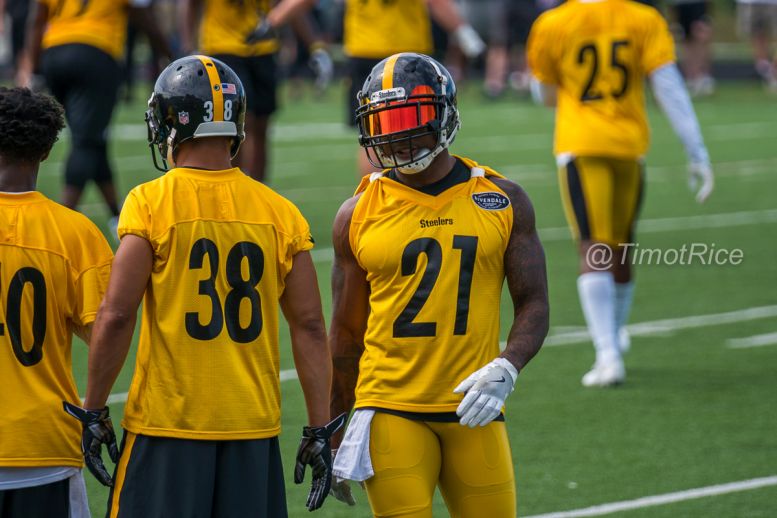 You might not know a lot about Steelers cornerback Greg Ducre, and I don’t think that anybody would blame you. Chances are very slim that he would be able to crack the team’s 53-man roster, even though stranger things have happened—see Isaiah Green.

But Ducre is no stranger to the league as a whole. He has been on the active roster for nine games in his career between the 2014 and 2015 seasons, spending some time in the CFL last year after failing to make a roster.

While he doesn’t have a lot of statistics to show for it, he did ‘start’ one game, and has 10 career tackles with an interception and two passes defensed to his name. Frankly, that is a lot more than most players who are signed to a Reserve/Future contract can say.

So when it comes to this time of year, the third-year cornerback does know what he’s doing. He’s been around the block and been in a few training camps before. That gives him the leg up, to some degree, even if the reality is that the Steelers have an unusually deep group of cornerbacks—for once—this summer.

He did manage to make a couple of plays here and there during training camp thus far, but right now he is last known to have sat out yesterday’s practice with some unknown ailment, which is the last thing any player in a situation comparable to his can afford.

With three other cornerbacks already sitting out, he had an ideal opportunity to attempt to make some headway, but with his own injury added to the mix, the Steelers were prompted to add another cornerback with some experience in the league that he will have to compete with.

Still, as I said at the top of this piece, stranger things have happened. We don’t know what his injury is so we don’t know how much time he might miss. But if he gets back and starts making plays, then he can open some eyes. Some of those eyes might be scouts from other teams.