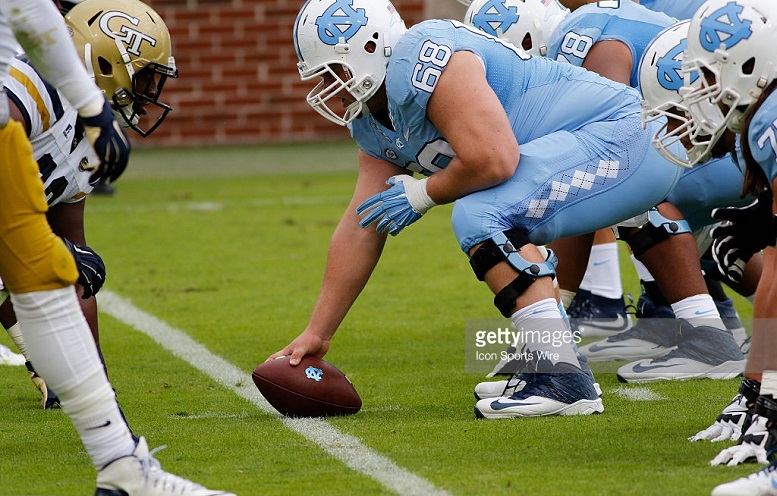 While I wanted at this time to focus on the new faces that the Steelers have brought in to training camp since they opened practice in Latrobe, I would not be surprised if we hear that they have added another one by the time that this article posts.

The team is pretty thin at a number of positions, especially at outside linebacker. They only had three of them going on Friday night during the preseason opener, which resulted in first-round rookie T.J. Watt logging over 50 snaps.

But, to date, the newest face in camp belongs to Lucas Crowley, a 6’3”, 290-pound rookie center out of North Carolina. He was originally signed by the Cardinals following the draft, but he was released toward the end of last month in order to make room for a player at another position.

According to his scouting report, Crowley is viewed as a center-only prospect, which would seem to be a damning evaluation unless he somehow manages to earn a starting job. It is rather difficult for an offensive lineman to keep a job as a reserve unless he is capable of playing multiple positions.

His clear lack of size is going to be a problem for him for obvious reasons, and he may simply not be big enough to compete at the NFL level, although that is not all that uncommon to see players like that in training camp. The problem is that they don’t last very long.

It should go without saying that Crowley is probably going to be toward the top of the list to be cut should the Steelers need a roster spot at another position, though the fact that they have 15 linemen on the roster does work in his favor.

As best I could tell, he did not play at all during the opening preseason game, either on offense or special teams. Obviously that is kind of a problem if he expects to make even the practice squad. I don’t even have a picture of the guy in a Steelers uniform. But he wears 72, if you’re wondering.