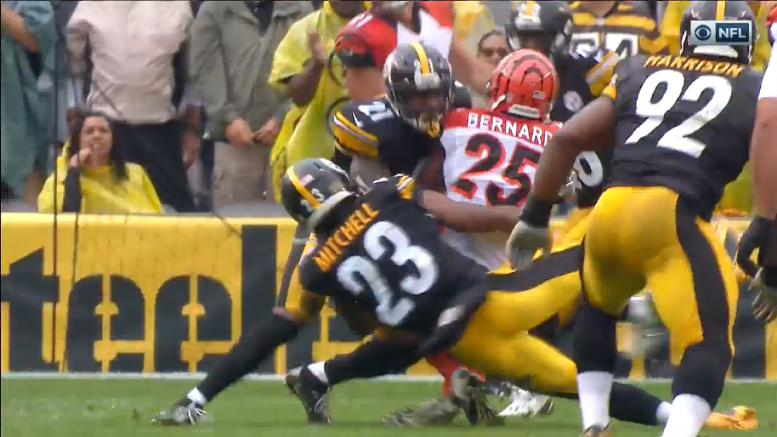 While the Pittsburgh Steelers have done well to avoid any major injuries during the preseason, one of the defenses most important players remains out. But according to Mike Mitchell, he’ll be back soon and in time for the regular season opener against the Cleveland Browns.

According to PennLive’s Jacob Klinger, Mitchell said he’s just been smart about rehabbing his injury.

“I did this thing with a worse injury my first year and at the end of the day no one gives a damn, you know, if you’re hurt and you go out there and play they’re only going to judge you by how you play,” Mitchell told Klinger. “So I’m taking my time and making sure that I’m right.”

Mitchell suffered a leg injury that’s never been specifically made known but believed to be a hamstring pull on the third practice of training camp. He missed the rest of camp and failed to practice since, though he’s continued rehab work on the side.

There’s been little update on his status since getting hurt so it’s good to get some clarity on his situation. Players are notoriously the most optimistic about their return so it can’t be guaranteed Mitchell will be ready when the Steelers take on the Cleveland Browns September 10th.

Mitchell has never missed a game in his three year Steelers’ career, known for his toughness and playing through injury. Offseason surgeries have become routine for him.

Pittsburgh certainly needs him to return. He’s been an underrated linchpin to a youthful secondary and one of the league’s hardest hitters. Robert Golden has struggled in the preseason to replace him, highlighting Mitchell’s value all the more. But if Mitchell misses, Golden figures to earn the starting nod.