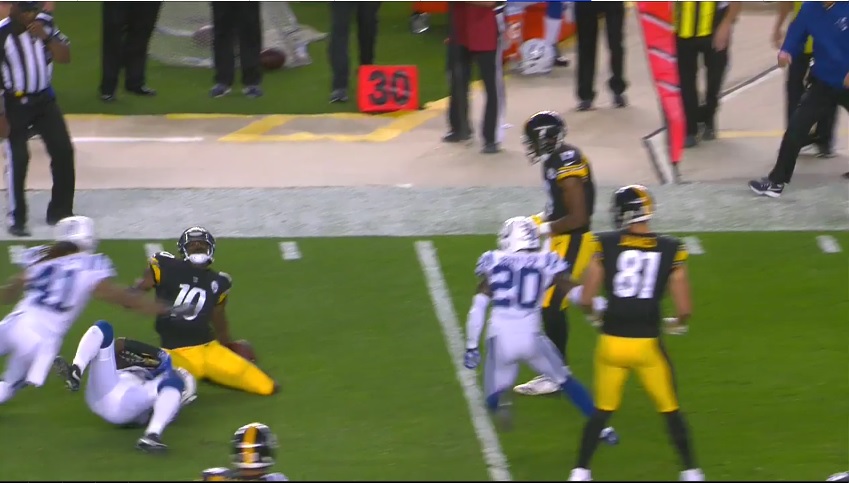 “I was already on the ground. It is what it is,” Bryant said. “My foot was already bent. … [Farley] just came in and hit me.”

He told Fowler the hit was “definitely intentional.”

Here’s a clip of the play, a failed bubble screen early in the second quarter. Farley is #41, coming in from the left side of your screen after missing the initial tackle.

Bryant was nicked up but returned to the game. When you slow-mo the play, you can definitely tell Bryant was down, and the hit from Farley caused Bryant’s leg to awkwardly bend back. But Farley made contact just as the ref blew the whistle so I’m sure the Colts would argue he was just finishing the play.

The good news is that Bryant escaped injury. We’ve seen enough of those around the league in the preseason. He finished the afternoon with five catches, tied with Eli Rogers for the team lead.