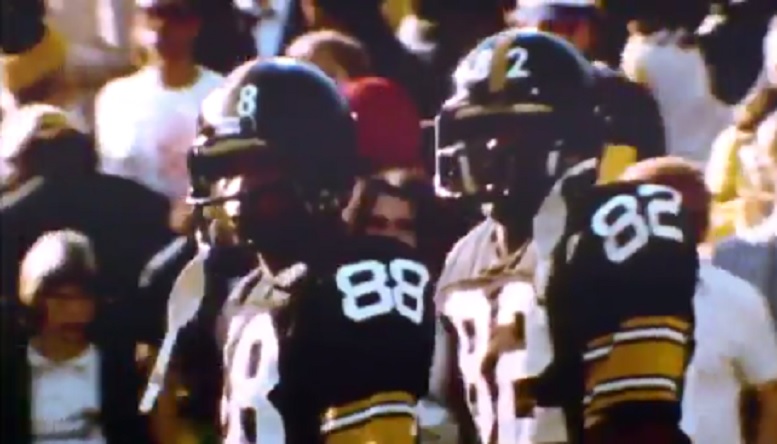 If you’re a fan of the Pittsburgh Steelers and the NFL Network series “A Football Life,” you’ll be glad to know that the upcoming season of the show will have one episode dedicated to two of the organization’s Hall of Fame wide receivers.

According the a recent news release from the NFL, former Steelers wide receivers Lynn Swann and John Stallworth will both be featured this fall during an episode of “A Football Life,” which premieres on Friday, September 15 at 9:00 PM ET on NFL Network and will continue to air on Fridays at 9:00 PM ET throughout the 2017 NFL season.

Through the first six seasons of the NFL Films-produced, Emmy-nominated series, fans of the Steelers have seen Jerome Bettis, Chuck Noll, Joe Greene, Kevin Greene and The Immaculate Reception all documented in individual episodes. Additionally, Night of the Living Steelers was also featured last year on ‘The Timeline’ series.

In addition to Swann and Stallworth being the subject matter for one of this year’s episodes of “A Football Life’, the series will also have a few other players with Western, PA backgrounds featured during season seven as former NFL quarterbacks Dan Marino and Jim Kelly in addition to current Arizona Cardinals wide receiver Larry Fitzgerald will each be profiled. Marino and Fitzgerald both of course played their college football at the University of Pittsburgh while Kelly was born in Pittsburgh and thus grew up hoping to play for the Steelers.

You can watch the trailer for the upcoming season of ‘A Football Life’ below and make sure to check out the current schedule for the shows as well. 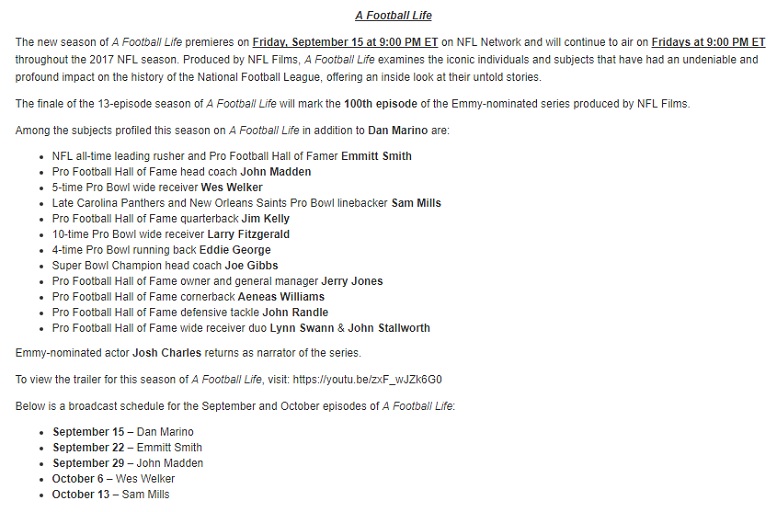